Is the patent backlog decreasing?

Sharon Barner returns to the practice of law

Can Patent Attorneys and Agents use Groupon when seeking new clients?

* Lawrence Higgins, a 2L here at Mizzou and future patent attorney will be writing these bits and bytes for the next couple of month. — DC 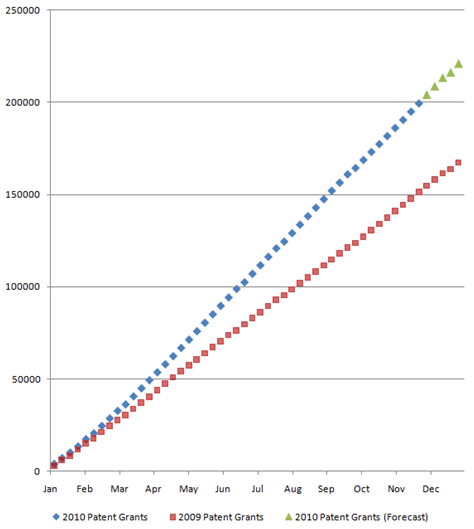 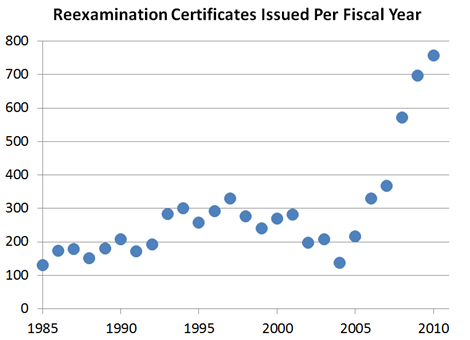 Franklin Pierce Law Center was founded by patent attorneys back in 1973.  For a time the law school was the clear national leader in the training of future patent attorneys. In the past 15–years, many law schools have added patent-focused faculty, but Franklin Pierce is still one of only a handful of schools that focuses on IP law training rather than legal theory. This week, the law school announced that it has formally merged with the University of New Hampshire and has become the University of New Hampshire School of Law. At the same time, the school created Franklin Pierce Center for Intellectual Property. Congratulations to my friends at UNH! [Link]

If you are a law professor teaching a general course on intellectual property, you might consider a cheap text-book alternative:

I worked with my former firm MBHB on a special Bilksi edition of their newsletter.

In an interesting trans-national infringement case, Judge Griesbach awarded summary judgment of non-infringement in favor of the accused infringer. The court held that the Canadian-based defendant’s actions did not qualify as infringement under Section 271(g)’s proscription against importation-of-a-product-made-by-a-patented-process.

The asserted patent claims a particular method of distributing a content file over a network. After a series of steps, recipient terminals are provided with access to the content file. The accused infringer (Destiny) distributes encrypted music files using a method that (arguably) would infringe the patent under 271(a) if it had been performed within the US. The focal-point of the 271(g) dispute here was on whether the digital music files could be considered “products” within the meaning of 271(g).