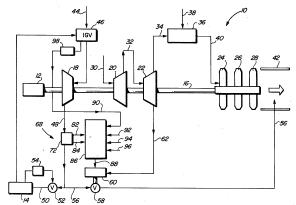 During prosecution, Honeywell had cancelled its broad independent claim and rewritten dependent claims in independent form. (U.S. Patent No. 4,380,893). The jury found that the patents in suit were valid and, although not literally infringed, infringed under the doctrine of equivalents. The district court entered judgment against Sundstrand.

In dissent, J. Newman argued that the holding will lead applicants to file more independent claims and fewer dependent claims — thus complicating the job of the patent office.