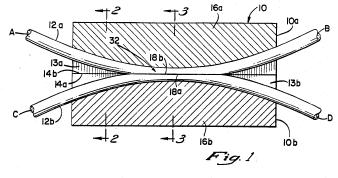 The patent reexamination system is intended to provide a less-costly alternative to litigation — and can be especially useful when the validity of an issued patent is questioned.  Reexamination allows the patent office to consider newly discovered prior art and printed publications.  However, the evidence available to the patent office during a reexamination is limited.  In addition an ex parte reexamination does not allow an open forum for a potential defendant to argue its case.