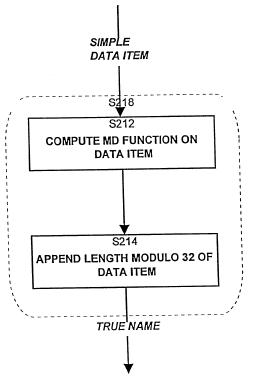 Invent Blog: An online music distributor has reportedly sued the Recording Industry Association of America (RIAA) for patent infringement.  The asserted patent claims a method for generating a unique identifier based on content of a datafile, then later using the identifier to track files containing identical content.  (U.S. Patent No. 5,978,791).  The RIAA is accused of using the patented technology to track down peer-to-peer (P2P) copyright violators.

In a suit filed with the Los Angeles District Court, Altnet maintains that the RIAA, Loudeye subsidiary Overpeer and a fellow anti-piracy operation, MediaDefender, have all violated a patent it holds covering the identification of files on a P2P network using digital fingerprint technology. (The Register).

Altnet is a partner with Kazaa, and according to cNet news, “has been trying for several years to persuade record labels and music studios to allow Altnet to sell authorized versions of their products through the Kazaa file-swapping network.”

The lawsuit was filed in the Southern District of California.