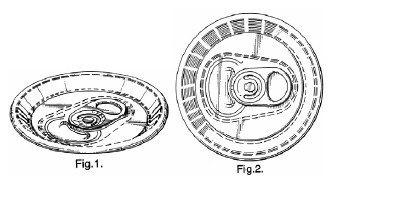 In an unpublished decision, the Court of Appeals for the Federal Circuit (CAFC) has revived Crown’s case against Anheuser-Busch — sending the patent dispute back to the Wisconsin district court to determine whether A-B’s aluminum cans violate Crown’s patent No. 6,065,634.

Specifically, the Appellate Court disagreed with the lower court’s claim construction — finding that the district court erred by importing a limitation into the claims that was not required by the specification.

The patent does not indicate that the shape of the chuck wall is necessary to accomplish the [strength] goal.  THus, no basis exists for the court to import the "flat" limitation from the preferred embodiment into the claims.

The district court must now re-construe the claims and determine whether the new construction alters its prior conclusion that Anheuser-Busch did not infringe Crown’s patent.