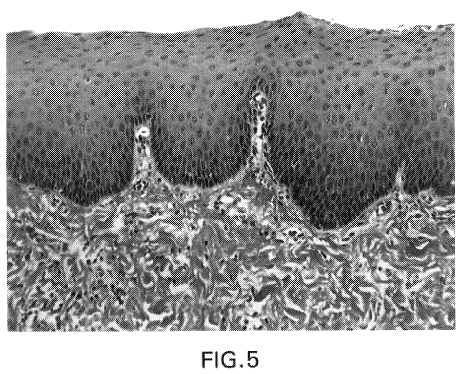 When there is a dissent, I read it first.  Dissents get to the point quickly and rarely mince words.  They are often fun to read and relatively short.  Judge RADER’s dissent in Merck v. Teva fits these attributes quite well. Rader made two specific points: (i) that the majority erred in its analysis of the lexicographer doctrine and (ii) that the majority should have given some deference to the lower court’s decision.

(i) Can a Patentee Be His Own Lexicographer Anymore?

Rader disagreed sharply with the majority’s finding that the word "about" had not been defined in the specification.  In the specification, the patentee noted that nomenclature in the area was unclear and outlined an example meaning of "about 70 mg of [the drug.]":

Because of the mixed nomenclature currently in use by those o[f] ordinary skill in the art, reference to a specific weight or percentage of a bisphosphonate compound in the present invention is on an acid active weight basis, unless otherwise indicated herein. For example, the phrase "about 70 mg of a bone resorption inhibiting bisphosphonate selected from the group consisting of alendronate, pharmaceutically acceptable salts thereof, and mixtures thereof, on an alendronic acid active weight basis" means that the amount of the bisphosphonate compound selected is calculated based on 70 mg of alendronic acid.

Therefore, even a casual reader, let alone one with skill in this art, would immediately recognize that the patentee intended to avoid any ambiguity inherent in "mixed nomenclature" by explicitly defining the entire phrase.

According to Judge Rader, the court "often hears criticism from district court judges that its reversal rate on claim construction issues far exceeds that of other circuit courts. . . . In response, nearly every judge on this court has publicly professed to accord some level of deference to district courts regardless of this court’s de novo."

In Rader’s view, after this case profession of deference is "rather hollow."

This is the classic "close case," so close in fact that ultimately two federal judges and the USPTO agreed with Merck, and two federal judges agreed with Teva Pharmaceuticals. The District Court tried this case from March 4 – 7, 2003, then issued a 75-page opinion analyzing the claims and arguments in consummate and accurate detail. This [appellate] court received the typical briefs from the parties, an appendix containing selected portions of the record, and heard a total of approximately thirty minutes of argument by the parties on the issues before this court. Despite the district court’s superior tools and time to evaluate the complete record, to hear and inquire from expert and fact witnesses, to delve into countless related details, to probe the scientific and semantic context, and to entertain argument as long as necessary for clarity, this court with its reading three briefs before its half-hour hearing becomes enamored with its own analysis of a very close issue and reverses the district court.

Professor Polk Wagner, for one, believes that "Rader is absolutely dead wrong on this argument."

The majority does exactly what it should do: any fair reading of the specification does not clearly convey to a PHOSITA an intent to use the term "about 70mg" to mean "exactly 70mg" [as found by the district court]; at best, the language is unclear and ambiguous.

Further, Rader’s suggestion that this case means that patentees shouldn’t use the lexicographer option is specious: the message of this case is that the court isn’t going to infer a definitional statement where one doesn’t exist, and — more importantly — that attorneys can’t dress up the tired old arguments about how the specification limits the claims by inference in the guise of lexicography.  Rader’s approach would take us exactly the wrong direction: towards patent
claims that have no meaning whatsoever until several years of litigation proceed, and no finality until a Federal Circuit panel divines a so-called ‘contextual’ meaning that varies according to the idiosyncratic senses of the judges involved.

Kudos to Gajarsa for getting this one right.  Let’s hope the majority in Phillips similarly holds back the tides of hysteria over clarifying the rules.