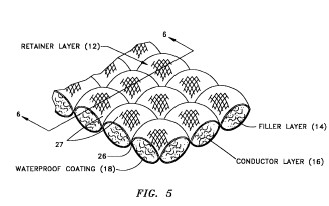 AquaTex appealed a summary judgment of noninfringement arguing that the district court had improperly applied prosecution history estoppel to limit use of the doctrine of equivalents.

On appeal, the CAFC “decline[d] to give the prosecution history much weight.”  In its decision the Court quoted Phillips for the conclusion that the prosecution history is an ongoing negotiation that “often lacks the clarity of the specification and thus is less useful for claim construction.”  Although the CAFC disagreed with the lower court’s basis of decision, ultimately, the panel affirmed the claim construction.

Regarding the doctrine of equivalents, the CAFC could not find the requisite “clear and unmistakable surrender of subject matter required to invoke argument-based prosecution history estoppel.”