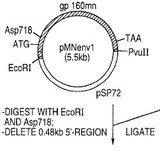 In an appeal from a decision of the PTO Board, the Federal Circuit affirmed judgment for Appellees (Inglis et al.) in an interference involving vaccines comprising modified viral vectors. In particular, the subject matter of the interference concerned vaccines comprising a poxvirus vector having a deleted or inactivated essential gene, wherein the modified poxvirus is capable of producing infectious viral particles when grown in a host cell modified to produce the absent essential viral gene product. In contrast with the vaccines of the invention, traditional vaccines had been prepared by deleting or inactivating inessential genes in the viral vector, since the deletion or inactivation of essential genes made it difficult to produce vaccines in commercial quantities.

On appeal, Appellants (Falkner et al.) reiterated several arguments made before the Board, each concerning the common issue of whether Appellees had adequately described and enabled a poxvirus-based vaccine. Specifically, Appellants argued that because Appellees did not identify any essential poxvirus genes or the inactivation of any such genes, Appellees had not sufficiently described and enabled vaccines comprising a poxvirus vector having a deleted or inactivated essential gene.

With respect to the Board’s determination that Appellees had sufficiently described vaccines comprising poxvirus vectors having modified essential genes, the Court noted that there was undisputed testimony before the Board that at the time of filing of Appellees’ earliest application, the DNA sequence of the poxvirus genome and the locations of essential poxvirus genes had been disclosed in the scientific literature. Adhering to the well-established rule that "[a] patent need not teach . . . what is well known in the art," the Court held that "there is no per se rule that an adequate written description of an invention that involves a biological macromolecule must contain a recitation of known structure." In affirming the Board’s determination that Appellees adequately described the invention, the Court concluded that because "accessible literature sources clearly provided, as of the relevant date, [poxvirus] genes and their nucleotide sequences (here "essential genes"), satisfaction of the written description requirement does not require either the recitation or incorporation by reference (where permitted) of such genes and sequences."

NOTE: This post was written by Donald Zuhn, PhD. Don is a true expert in cutting edge biotech patent law and practices both prosecution and litigation at MBHB LLP in Chicago. (zuhn@mbhb.com).