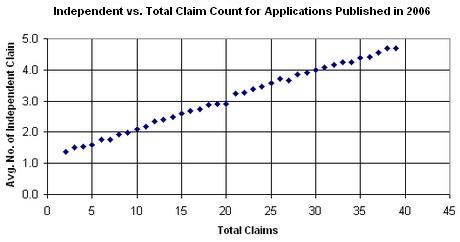 The results fit very nicely to the equation: 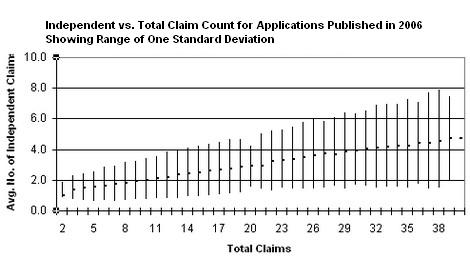 The equation does predict that an application with 20 total claims will include 3 independent — that is perhaps the most common combination of claims. As the total claims pass 40, the variance begins to climb even further.

Back to Part I: As a follow-on to my earlier post on Sensitivity to Claim Fee Variation, the following figure is an overlay showing the difference between patents the few months before and after December 8, 2004.  On that day, the PTO instituted a new fee schedule that increased the cost of filing a patent and added an additional fee for every claim filed beyond twenty. The data here is slightly different from that reported earlier to remove applications that published outside (before or after) one month from the eighteen–month publication time-line. 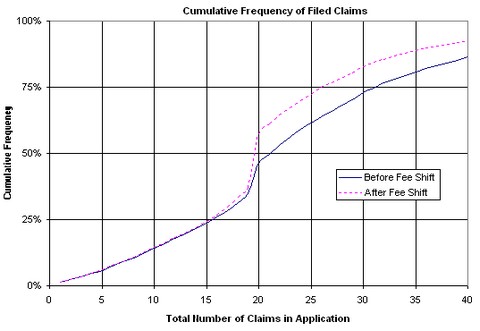 17 thoughts on “Evidence Based Prosecution II: Independent and Dependent Claims”