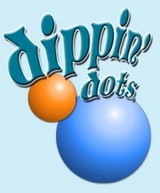 [Note: This is the second post discussing Dippin’ Dots. Read Part I on claim construction]

Inequitable Conduct: DD had used used part of its claimed method to make and sell Dippin’ Dots at a local fair more than one year before filing its application.  DD did not disclose that information to the PTO but did disclose information about the product’s market success that occurred after filing.

The CAFC affirmed that those facts properly led to a finding of inequitable conduct — showing both materiality and intent.

The prior sales were clearly were highly material as they served as the basis for invalidating the patent.  Intent to deceive was shown (even without a ‘smoking gun’) since DD touted some sales while concealing others.

Walker Process Antitrust Claims: A finding of inequitable conduct does not, by itself, support a finding of ‘common law fraud’ as required by Walker Process. Rather, a showing of fraud requires “a higher threshold showing of both materiality and intent.” Likewise, in these antitrust claims, both materiality and intent must survive on their own merits — without the balancing used in inequitable conduct determinations.

Where the fraud is based on an omission, the appellate panel held that intent must be shown with evidence that is “separable from the simple fact of omission.”

For instance, evidence may establish that a patent applicant knew one fact and presented another, thus allowing the factfinder to conclude that the applicant intended by the misrepresentation to deceive the examiner. That is not the case with an omission, which could happen for any number of nonfraudulent reasons—the applicant could have had a good-faith belief that disclosure was not necessary, or simply have forgotten to make the required disclosure.

Here, there was no additional evidence showing intent — giving the DD the win (on this minor point).

The Difference in proof for inequitable conduct and antitrust claims is discussed as the difference between a shield and a sword.

Weighing intent and materiality together is appropriate when assessing whether the patentee’s prosecution conduct was inequitable. Molins. However, when Walker Process claimants wield that conduct as a “sword” to obtain antitrust damages rather than as a mere “shield” against enforcement of the patent, they must prove deceptive intent independently. The defendants have not done so here to the extent necessary for a reasonable jury to find Walker Process fraud.

One thought on “Shield vs. Sword: CAFC Finds Inequitable Conduct But Not Antitrust Fraud”