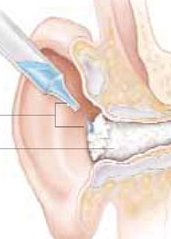 Level of Skill: The nonobvousness doctrine requires an examination of what would be available to a person having ordinary skill in the art (PHOSITA). That inquiry is premised on a definition of the mythical PHOSITA.  The general theory is that highly educated and trained PHOSITA know more and tend to think more inventions are obvious. On the other hand, a PHOSITA with little education or training would have more difficulty in making connections and finding obviousness.

The 1983 Orthopedic Equipment decision outlines factors for determining a PHOSITA – including education level of the inventor.

Here, the CAFC found that the lower court erred by picking a pediatrician as the PHOSITA in creation of compounds to treat ear infections without damaging a patient’s hearing. Rather, the skill level should be an otologist who is engaged in developing pharmaceutical formulations. The court primarily based its PHOSITA Skill Level on the inventors’ skill level and the skill level of their peers (which, almost by definition will be the same).

Obviousness: Based on the high level of skill in the art, the CAFC concluded that an otologist would have found the patented method obvious.

DDC Comment: Although the education level of the inventor appears to be relevant to determining the PHOSITA skill level, there are a few reasons why that data point should be excluded from the list of factors. The common major mistake here is to search for a PHOSITA capable of making the invention rather than simply searching for the level of a skilled worker in the area. The PHOSITA skill level inquiry is not a search for what it takes to be a successful inventor. Rather, the PHOSITA is merely a skilled worker.  The inventor’s biographical information may be indicative of a skill level for invention, but that is not the PHOSITA inquiry.

Under 35 USC 103(a), patentability of an invention “shall not be negatived by the manner in which the invention was made.” Of course, the process of inventing is intimately tied-in with the inventor’s skill and education level. In essence, use of the inventor’s biographical information in determing the PHOSITA skill level allows the court to ask whether the invention would have been obvious to someone standing in the shoes of the inventor. That methodology nothing more than a backdoor approach to asking whether any steps that the inventor took included non-obvous leaps — a legally impermissible question.

26 thoughts on “Invention Obvious in Part Because Inventors Were Experts”