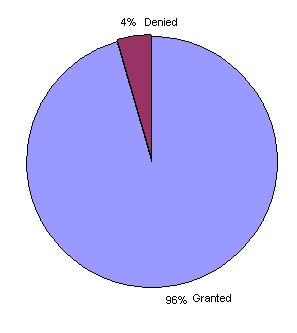 Standing alone, this denial does not appear to be big news — except for the fact that over 95% of requests for ex parte reexamination are granted. In FY 2003–07, for instance, the PTO reviewed 2389 requests for ex parte reexamination and only denied the request in 105 cases. (4.4%). (At this point, there is some possibility that the denials are procedural  as the documents are not yet available on PAIR).

To be granted, a reexamination request must present a “substantial new question of patentability” that affects at least one claim of a patent.  The request must be based on a prior art patent or publication.  Prior public use or sale are not admissible as evidence in an ex parte reexamination proceeding (although affidavits explaining the prior art publications is admissible). 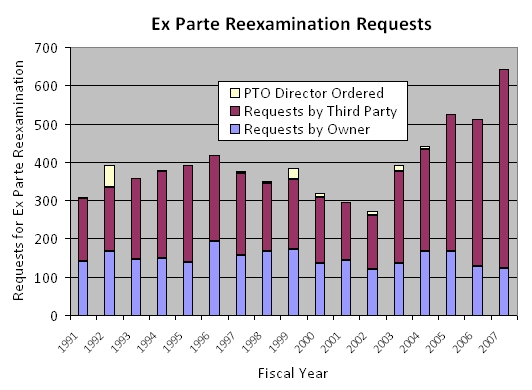