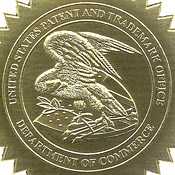 Margaret Peterlin has announced that she will be leaving the PTO in August.  She has sparked resistance from the patent community ever since her appointment as deputy director of the USPTO in May 2007. She is considered an expert at legislative tactics at a time when the PTO was asking for legislation opposed by many patent practitioners.  In late 2007, a DC District dismissed a lawsuit against the USPTO requesting that Peterlin be removed from office. The complaint alleged that she lacked the intellectual property law experience required by statute for her position.  In many ways, the negative reaction to Peterlin was simply a reflection of frustrations felt by many patent practitioners.  In an internal message to PTO employees, Director Jon Dudas indicated that Peterlin is also expecting her first child later this year.  Congratulations and Good Luck!!

Washington, D.C. – Margaret J.A. Peterlin, deputy under secretary of Commerce for Intellectual Property and deputy director of the United States Patent and Trademark Office (USPTO), has announced that she will be leaving the USPTO in August with plans to pursue employment opportunities in the private sector.

“While at the USPTO, my goals have included helping the organization reach a new level of excellence through effective delegation, continuous process improvement, transparency of operations and increased employee engagement,” said Deputy Under Secretary Peterlin. “I am proud of the strides the agency has made and, for the first time in the USPTO’s history, we are on track to meet 100% of our goals. This is a testament to the combined efforts of our more than 9,000 employees. Such dedication is one of the reasons I believe the USPTO is poised for continued success as the world’s leader in IP.”

In addition to enhancing operational efficiencies, Deputy Under Secretary Peterlin strategically positioned the USPTO as a leader in such important policy debates as patent modernization legislation, in which the USPTO played a lead role in forming and communicating the Administration’s position.

“Margaret Peterlin has been instrumental to the success of the USPTO over the past year,” said Under Secretary of Commerce for Intellectual Property and Director of the USPTO Jon Dudas. “First, her operational leadership and insistence on data-driven decision-making greatly improved the USPTO’s business operations. But Margaret also has tremendous understanding of IP issues and helped the Administration promote smart IP policies both on Capitol Hill and with IP offices around the world. Her dedication to the agency and to the U.S. intellectual property system has earned her the respect of members of Congress, IP leaders around the world and her fellow USPTO colleagues. We thank Margaret for her service and commend her on her many achievements.”

Secretary Gutierrez appointed Ms. Peterlin to the position of Deputy Under Secretary in early 2007. As a leader in intellectual property (IP) policy, she has helped develop and articulate Administration positions on all patent, trademark and copyright issues, both domestic and foreign. She also has promoted strong IP policy globally, including strategies to thwart the theft of U.S. IP around the world. She oversaw numerous agency outreach efforts, including national multimedia communications campaigns. As an agency leader, she implemented policies and initiatives to enhance the agency’s delivery of timely and high-quality patent and trademark examinations.

Before joining the USPTO, Ms. Peterlin was Counsel for Legal Policy and National Security Advisor for the Speaker of the U.S. House of Representatives, J. Dennis Hastert. In this role, she advised the Speaker, House and Senate leadership, and senior staff on legislative policy and strategy, including judiciary issues such as intellectual property protection, and international relations issues.

Ms. Peterlin previously was General Counsel to Richard Armey, Majority Leader of the U.S. House. She clerked on the Fifth Circuit Court of Appeals for Judge Jerry E. Smith. She also served as an officer in the U.S. Navy for four years, working in the communications field.