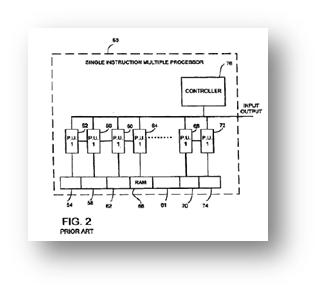 A California jury found Qualcomm liable for infringing or inducing infringement of three Broadcom patents covering 3G mobile phone technology. (US Pat. Nos. 6,847,686, 5,657,317, and 6,389,010). On appeal, the Federal Circuit has invalidated one of the patents, but left the judgment and injunction standing.

Seagate and Inducement: Like willfulness, inducing infringement requires proof of culpability. In Seagate, the Federal Circuit altered the standard for willful infringement – making it more difficult for a patentee to obtain treble damages. Consequently, in the willfulness context, there is no longer an “affirmative duty of due care” to avoid infringement. Here, Qualcomm argued (unsuccessfully) that the evidence available to prove inducement should be changed as well.

More generally, the defendant argued that it could not be liable for inducement if it was not liable for willfulness because the specific intent standard for inducement is greater than the recklessness associated with willful infringement. On appeal, the Federal Circuit rejected these arguments – finding the inducement standards unchanged and finding that inducement may be found even when willfulness is absent. The crux of the holding may be that the “specific intent” requirement of inducement is not so specific. Under the leading inducement case DSU v. JMS, proof of inducing infringement requires evidence that the accused “intended to cause the acts that constitute the direct infringement,” and that the accused “kn[ew] or should have known [that] its action would cause the direct infringement.”

The evidentiary argument was whether – for its inducement decision – the jury could consider Qualcomm’s decision to seek advice of counsel as circumstantial evidence of intent. The appellate panel saw such evidence as fair game.

Too Broad: Prosecutors are typically careful to ensure that claims will be given a broad interpretation during litigation. If the claim is too broad, however, it will likely be found invalid. Here, Broadcom’s ‘686 patent digital video signal processor. The district court found that a ‘global controller’ was required for operation of the processor, but the Federal Circuit could not find that limitation in the claims or any justification from the specification. Without that limitation, the claim was invalid as anticipated.

Broadcom’s argument for a narrow interpretation was based on its discussion of prior art admissions in the specification – arguing that its admitted prior art would invalidate a broad claim. The Federal Circuit did not reject that contention per se. Rather, the court rejected Broadcom’s version because the company had failed to show that its admitted prior art would actually anticipate the broad claim. “Because Broadcom has not demonstrated that “every limitation” of claim 1 is found in this reference, its self-invalidating argument must fail.”

Injunctions: District courts issue injunctions while sitting ‘in equity.’ This typically gives the court discretionary power to shape and craft relief in a way that best achieves the right result. Here, the district court pushed enforcement of the injunction back to January 31, 2009. In the meantime, Qualcomm pays mandatory damages and Broadcom has now power to stop continued infringement in this period.

In the appeal, Broadcom argued that, under eBay, no permanent injunction should be awarded. In particular, Qualcomm had licensed its patents to Verizon for money – indicating that monetary relief is adequate and because the injunction will disrupt (non-Verizon) CDMA carriers (hardship) and will also be tough on the public. On appeal, the appellate panel rejected those arguments and instead found that the district court acted within its proper discretion by issuing the injunction order. (more to come on injunction order)

A third parallel case, Kyocera v. ITC, is pending appeal at the Federal Circuit. In that case, the cell phone companies are appealing the ITC’s exclusion order regarding yet another Broadcom patent.

27 thoughts on “Federal Circuit: Failure to Obtain Non-Infringement Opinion May Serve As Evidence of Intent to Induce Infringement”