The primary issue in DBC began with Professor Duffy’s 2007 administrative law article in the Patently-O Patent L.J. In that article, Duffy noted a constitutional problem with the appointment of BPAI judges. Notably, the 1999 statute required that BPAI judges be appointed by the PTO Director while constitution requires such ‘inferior officers’ be appointed by either the President or a ‘Head of Department’ such as the Secretary of Commerce. Later, I found that the vast majority of recent BPAI decision included at least one illegally appointed judge (using Duffy’s standard). [LINK] Following these findings, Congress passed an amendment placing the appointment duty in the hands of the Secretary of Commerce. The Bill – now signed into law – includes a retroactive saving clause that would bless prior improperly appointed judges as properly acting as “de facto officer[s]” [Link] The retroactive savings clause is, however, considered constitutionally suspect.

During reexamination, the patentee (DBC) lost its BPAI appeal. At the Federal Circuit, the DBC argued that the BPAI decision should be vacated because two of the three BPAI panel members were ‘illegally appointed.’ Citing Duffy’s Patently-O article, Judge Linn noted the potential appointment problems. However, rather than addressing the issue directly, the Federal Circuit dismissed DBC’s argument as waived because the patent applicant had failed to raise the issue before the BPAI panel itself.

In exceptional circumstances, the Federal Circuit will consider previously waived arguments. Here, however, the court declined its discretion to do so: “We do not view the circumstances of this case to warrant such an exceptional measure.” 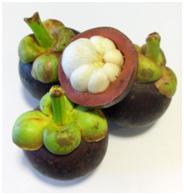 Although this case focuses on the particular appointments clause issue, its discussion of waiver may be especially important for those preparing BPAI arguments.

DBC’s patent focuses on uses of the mangosteen fruit – apparently one of the ugliest and most delicious fruits around. In the appeal the Federal Circuit also found (1) a substantial question of patentability had been raised [this has become a very low bar] and (2) that the patent claims were properly found obvious based on the prior art despite evidence of commercial success.