In 2007, Haliburton filed for patent protection – claiming a method of “patent acquisition and assertion by a (non-inventor) first party against a second party.” It looks like the company wants to be able to sue non-inventing entities who try to patent and assert technology against a company who has been using the technology as a trade secret. Bilski wipes cleanly out the claims – except for those claiming the step of “performing research using a computer.” The inventor Clive D. Menezes is a Halliburton patent attorney. The prosecuting attorney is Howard Speight. 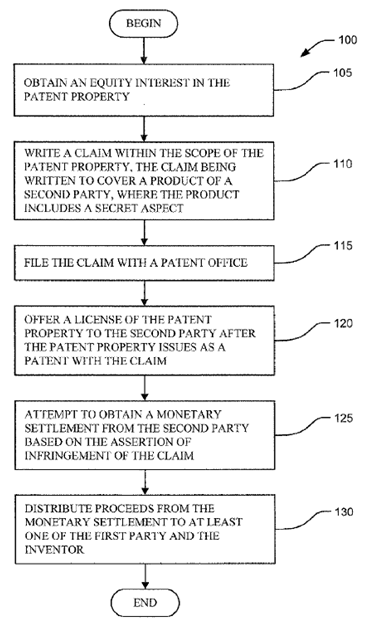