The USPTO uses a count system as one way to measure patent examiner productivity. Examiners receive one count for sending out an initial office action and a second count when the case is “disposed.” As you might guess, a case is disposed of when it either issues as a patent or is abandoned by the applicant. However, many folks are surprised that the applicant’s filing of a request for continued examination (RCE) also counts as a disposal. As the chart shows below, this count incentive may well be driving a flood of RCE filings. The system also provides some incentive for aggressive restriction practice that forces the applicant to divide a single application into multiple applications. Notably, (1) the examiner does not receive any extra credit for examining a larger or more complex application and (2) the eventual divisional application is ordinarily routed to the original examiner who can do the search more quickly and still get the same counts.

One of the initial missions of new PTO director David Kappos is to rethink the count system and to figure out a way to ensure that examiners have “the time they need to do their job properly” and which also “incentivizes compact prosecution.” Giving a hint at the final solution, Director Kappos also suggests that the count system should encourage “the use of interviews.” The eight member task force includes four examiner union (POPA) representatives and four PTO managers – perhaps ensuring that the solution will not be a dramatic shift. [Quotes come from an internal PTO communication.] 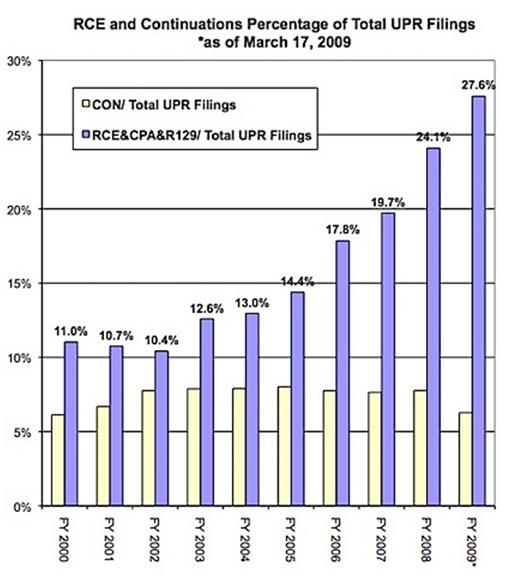 Add your proposal below: