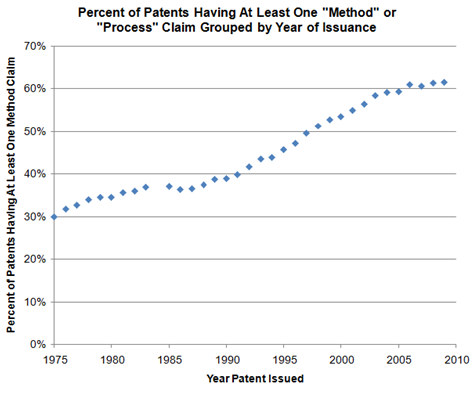 The chart above shows the percentage of issued patents that have at least one method claim grouped according to the year of issuance of the patent. Here, I defined a method claim as one which includes either the term “method” or the term “process.”

As is apparent, the use of method claims has risen steadily over the past thirty five years.

32 thoughts on “The Rising Importance of Method Claims”