In 2001, the USPTO began publishing pending patent applications at approximately 18-months after the application's priority date. Over the past eight years, this publication rule has slowly become more integrated with the examination system. As the first chart shows below, most issued patents now cite to at least one US publication. (Patents issued January 1, 2009 – June 23, 2009 cite 4.2 US published applications, on average).

Moving toward Transparency in Prior Art: Patent applicants have historically been frustrated by prior art defined under Section 102(e) of the Patent Act. That section defines a class of "secret prior art" that was not publicly available at the time of an applicant's filing, but that was already on-file with the patent office. By opening-up the application files at an earlier date, the potential unfairness of secret 102(e) prior art is beginning to be reduced because the early publication makes the prior art searchable by the public. Although not directly proving this point, the second chart categorizes the cited US published applications according to their prior art classification. As time moves forward, more applications have become 102(b) prior art (published for more than one year before the applicant's filing) and the percentage of cited applications categorized as 102(e) prior art continues to drop. 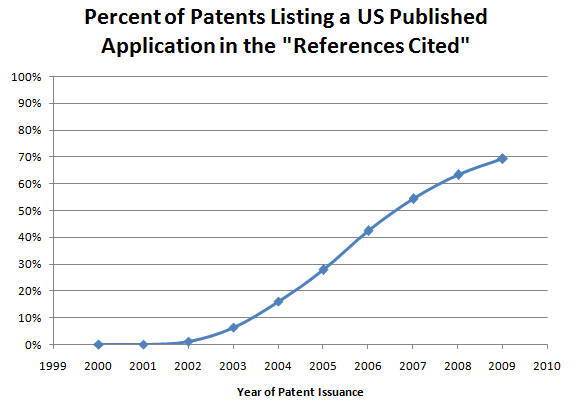 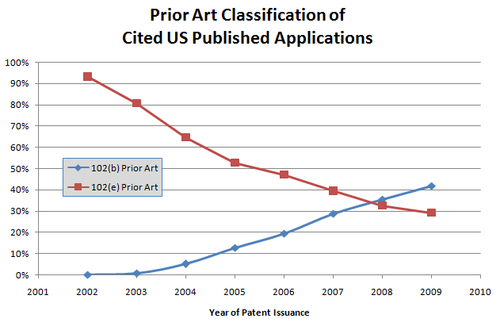