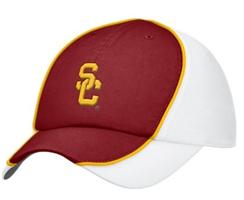 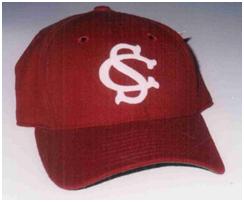 The Trademark Appeal Board (TTAB) sided with Southern Cal in (1) refusing to register Carolina's SC-logo because it was confusingly similar to Southern Cal's logo; (2) holding that Carolina lacked standing to bring the cancellation counterclaim; and (3) finding that the initials "SC" are not unmistakably associated with the State of South Carolina. On appeal, the Federal Circuit affirmed.

Confusingly Similar: The appellate panel first agreed that the TTAB had appropriately held that the SC-logos were confusingly similar despite the lack of any actual evidence of customer confusion. (South Carolina did not appeal the Board’s findings that the marks were legally identical.)

Regarding Southern Cal's registration of the initials "SC," the appellate panel rejected the TTAB's finding that Carolina lacked standing, but affirmed the summary judgment because Carolina had not shown a genuine issue of material fact for trial.

Standing in a Cancellation Proceeding: A party damaged by a registered mark's "suggestion of a false association" has a right to file for cancellation of that mark. To have standing, the party must also show a "real interest" in the proceeding and a "reasonable basis" for the belief that the mark has (or will) cause false-association damage. The Federal Circuit found that Carolina had met this test of standing because it sold goods bearing the same mark.

Standard for Cancellation based on False Association: "To prevail on a Section 2(a) Lanham Act claim for cancellation based on false association, a party must show that the challenged mark is 'unmistakably associated' with another person or institution." Here, Carolina provided evidence that the public does associate the initials "SC" with South Carolina. However, that evidence is insufficient for a false association claim because "SC" also refers to "many entities aside from the state."

As a native of South Carolina, I am regularly confused by uses of “SC” that refer to non-South-Carolina entities.