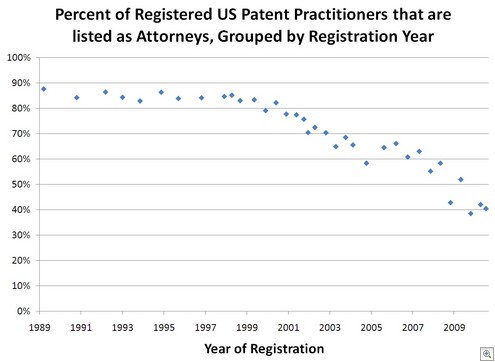 It is not surprising that a high percentage of recently registered practitioners are agents.  Many current patent agents will eventually become patent attorneys.  In addition, some practitioners never update their status even after becoming attorneys. However, I suspect that those factors do not explain the entire trend.

For those who do not know, an individual can become a patent agent upon passing the patent practitioner registration examination (patent bar exam).  To become a patent attorney, the individual must also be licensed to practice law in at least one US state.

59 thoughts on “Attorney Versus Agent”