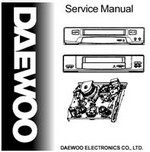 In 2004, Funai Electric sued four Daewoo entities for infringement of its patents covering various improved video cassette recorders (VCRs). Funai is a Japanese manufacturer of AV equipment. Daewoo was a historic Korean chaebol that splintered after a financial collapse in the late 1990’s.

On appeal, the Federal Circuit reversed that judgment — holding that US successor-liability law (actually, New Jersey law) should apply when determining whether the American successor company is liable for the actions of its predecessor. Under New Jersey law, a successor company is liable when the business transfer is simply a “new hat” for the business. Since that was the case here, the Federal Circuit determined that the successor is liable for the default judgment.

The 50–page opinion (including a concurrence by Judge Linn) discussed several other issues. Notably, the opinion provides another example of a prosecution amendment made for purposes “tangential to patentability” and that therefore avoids prosecution history estoppel.

Prosecution History Estoppel: Funai argued that one of its asserted claims was infringed under the doctrine of equivalents (DOE).  Daewoo countered that DOE should be limited under the doctrine of prosecution history of estoppel based on a narrowing amendment made during prosecution of the application. In particular, the patentee had cancelled claims 1 and 2 and then added limitations from those claims into a former dependant claim.  The original claim 1 did not spell-out how insulation would take place while the amended claim indicated that a bearing holder would be “made of an insulating material.”

Under the Supreme Court’s Festo decision, an amendment made during prosecution does not implicate a prosecution history estoppel bar if the “rationale underlying the amendment [bears] no more than a tangential relation to the equivalent in question.”  On appeal, the Federal Circuit recognized the amended claim set as being narrowed, but held that “no estoppel exists” because amendment relating to the insulating material was made for purposes merely tangential to the patentability of the claim.

It is apparent that the nature of the insulating material was not a factor in the allowance of claim 4, for this aspect was not at issue during prosecution. This limitation is in the category that the Court called “merely tangential” to the prosecution, as discussed in Festo.

The court therefore affirmed the holding of infringement under the doctrine of equivalents.