Congress is poised to pass a patent reform measure that would make a number of dramatic changes. This post describes the results of a recent Patently-O survey on the impact of the reforms.

Survey Background: Over a seven day period beginning on August 18, 2011, 1226 responses were submitted to an online survey on patent reform. I filtered those results to include only responses coming from intellectual property professionals and excluded individuals with no experience in the field — leaving 1161 completed responses. Responses came from professionals working in all major areas of technology, including electrical engineering, mechanical engineering, biotechnology, software, chemical engineering, medical devices, pharmaceuticals, telecommunications, energy, semiconductor fabrication, etc. The majority of responses indicated 11+ years of experience working with intellectual property law issues.

Support for Patent Reform: The survey asked “Do you support passage of the patent reforms in H.R. 1249?” Although some responses showed support for the legislation, the weight of responses opposed the reforms, and the median response opposed the Bill. 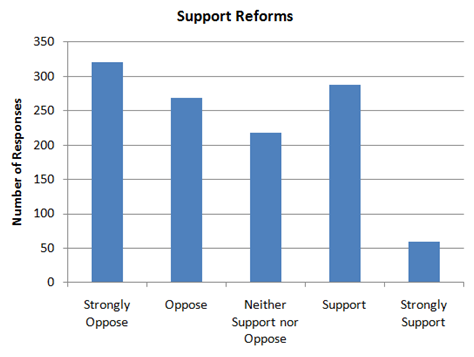 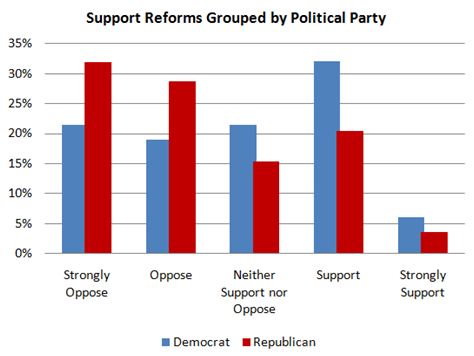 Jobs: Many of the questions from the survey were intended to test sound-bites regarding the potential impact of patent reform. One of the most consistent arguments for patent reform is that the reform measures will lead to the creation of jobs for Americans. Senator Leahy, one of the Bill’s primary sponsor’s recently stated his belief that passage of H.R. 1249 would lead to 200,000 new jobs.

The survey asked “Do you agree that the proposed patent reforms … can be expected to create 200,000 new jobs?” The response to that question was clear disagreement. 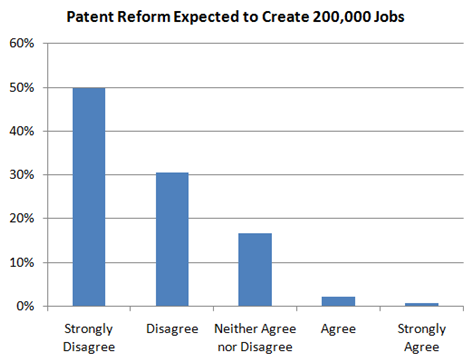 Red Tape: In a recent speech, President Obama was quoted saying that the reform proposals “will cut the red tape that stops too many inventors and entrepreneurs from quickly turning new ideas into thriving businesses.” The survey asked whether the proposed patent reforms will indeed cut the red tape. The response to that question was clear disagreement. 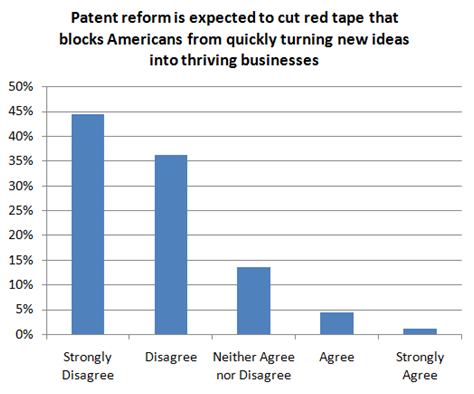 Although the majority still disagreed, the responses showed more support for the ideas that the reform measures will simplify patent law and streamline the patents system. 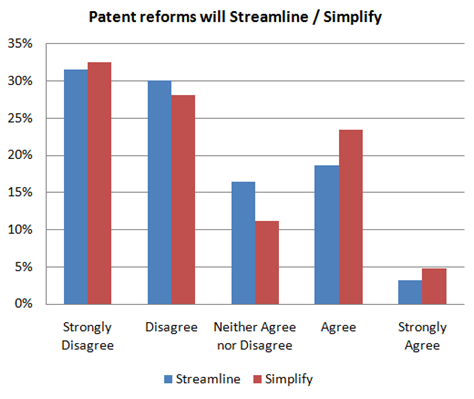 At this point, a reader may be asking whether the patent reform proposals actually do anything. According to the patent law professionals surveyed, the proposed reforms do indeed represent a major overhaul — the first in 60 years. 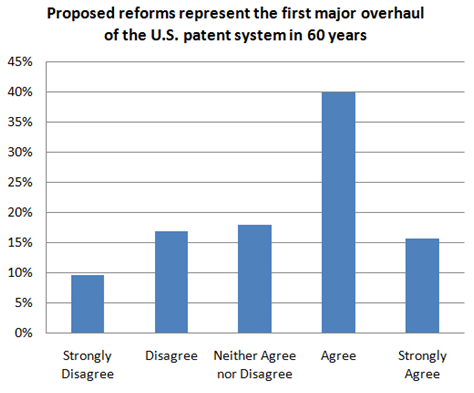 In an open-ended question, the survey asked “If passed, what will be the impact of the reforms?” Responses that supported patent reform tended to indicate a seeming positive impact such as harmonization of the US patent system with the rest of the world and an improved opposition system. Negative responses are too numerous to mention.

The full survey responses can be downloaded here https://patentlyo.com/PatentReformSurvey2011.xlsx.