The chart below shows the status of utility patent applictions filed over the past eight years. This morning, I pulled a random sample of 10,000 patent applications published 2005–2012 and checked the application status. For the chart below, grouped the applications according to the number of years since filing and plotted the percentage that are patented, abandoned, and still pending (WIP).  Thus, for applications that were filed 7-8 years ago, just over 60% have issued as patents; about 35% were abandoned; and the remaining 3% are still pending. 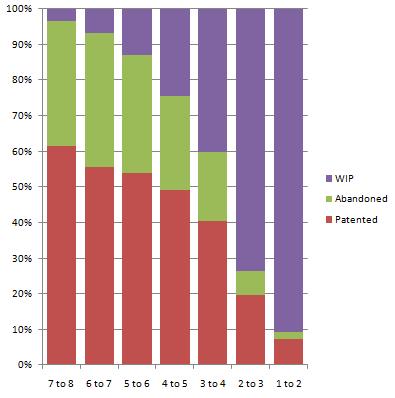 6 thoughts on “Status of Applications”