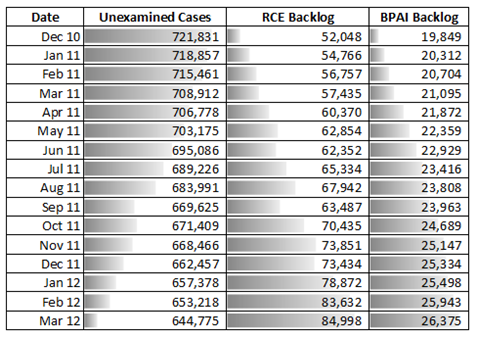 In this study, unexamined cases include only those that have not yet received a first action on the merits (FAOM) and do not include RCE cases. The rise in the RCE backlog is a direct result of USPTO policy to focus more attention on the unexamined cases.

In March 2012, the BPAI disposed of 911 cases — more than any month in recent history. This slowed the growth of the BPAI backlog. However, with 1,343 new appeals docketed, the growth continued.

19 thoughts on “The USPTO Patent Backlogs: Falling and Rising”