In yet another case, the Federal Circuit has altered a district court claim construction in a way that entirely flips the outcome.

The asserted claim required a set of “elongated operator bodies, with each of the operator bodies being operably coupled with a respective one of said gripper, knotter, cutting element and cover so as to supply driving power from the single drive assembly thereto.”  Leggett's accused device links together the gripping/knotting/cutting/covering tasks and only requires two operator bodies to accomplish all four tasks.  In construing the claims, the district court held that the “each . . . respective one of” language required that each operator body perform only one of the listed tasks. As such, Leggett could not infringe.

On appeal, the Federal Circuit reversed –  finding that its interpretation of the claim does not require that “each elongated operator body be coupled to one and only one of these operator elements.”  Rather the court found that the language only required coupling with at least one operator element.  In its decision, the court relied heavily on the fact that the identified preferred embodiment of the invention showed an operator body operably coupled to both a knotter and a cover. 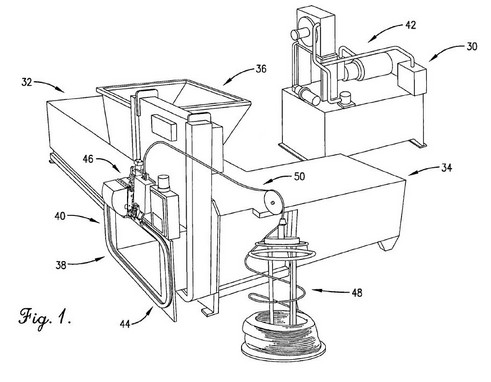 81 thoughts on “Presume that Claims Cover the Preferred Embodiment”