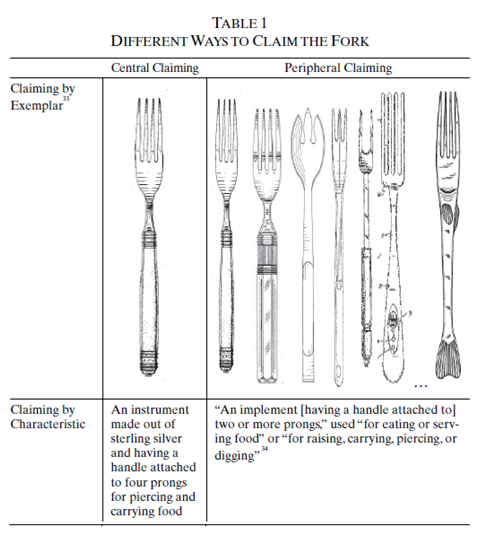 The chart above comes from Jeannie Fromer's 2009 article titled Claiming Intellectual Property. I like to use the chart in my patent law course when walking through potential ways that patent claims could be drafted. I wonder how our system would be different if a patentee had to plunk-down a working model before obtaining patent protection and then simply received exclusive rights covering that work and non-transformative derivative works.