The USPTO has released a chart showing the number of patent applications filed each weekday up through March 19, 2013. These results are roughly parallel, but slighly less amplified to the the 1995 changeover from a patent term of 17-years-from-issuance to 20-years-from-filing. 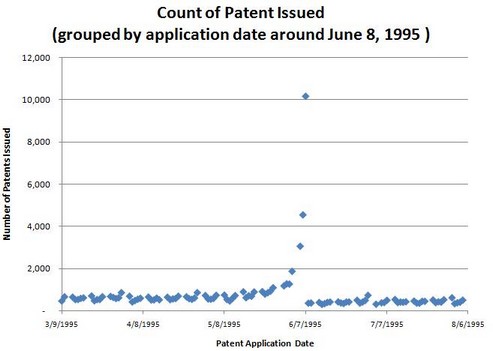