Alexsam has asserted its gift-card patents against a host of accused infringers. U.S. Patent Nos. 6,000,608 and 6,189,787. These patents have been the subject of multiple reexamination requests but the USPTO has repeatedly confirmed patentability and refused to re-re-examine. Here again a jury has confirmed that the patent is valid. In the case against the defendants here, the court held a single trial for validity and will next hold separate trials on infringement for each accused infringer. Meanwhile, Best Buy settled after losing on validity. 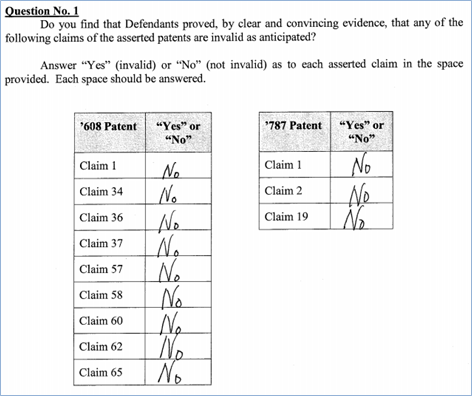 The company Alexam was founded by the inventor Robert Dorf who filed for patent protection back in 1997. Asserted Claim 1 of the ‘787 patent reads as follows: