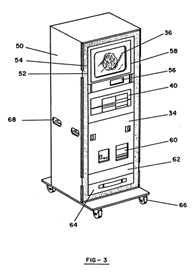 Res Judicata: Patent litigation preclusion doctrines are – at times – confusing. The doctrine of claim preclusion is linguistically challenging in patent cases because the precluded “claim” does not refer to a patent claim as found in the issued patent but instead to a legal claim or cause of action asserted in a lawsuit. I think it is helpful to think of the legal claim as being broader than a patent claim. As an example, lawsuit alleging that a product of infringes patented Claim 1 and its dependent Claim 2 would be seen as asserting a single legal claim that is, for claim preclusion purposes, indivisible. In that vein, if the patentee had instead asserted infringement of only Claim 1, claim preclusion may well block a later lawsuit asserting infringement of Claim 2.

This case involves the second time that Elekta is defending its products against Brain Life’s medical imaging software patent. U.S. Patent No. 5,398,684 (claiming functional integration of scans from a variety of image sources). In the first case, Elekta’s products were found non-infringing based upon a Federal Circuit claim construction decision. However, the original case only focused on the asserted patent’s apparatus claims. (Prior to trial, the court had dismissed the method claim allegations without prejudice.) In the new lawsuit, Brain Life has asserted the accompanying method claims from the patent that appear to be somewhat broader in scope (and thus may well capture Elekta’s activities).

In defense, Elekta argues res judicata. Res Judicata, a.k.a. claim preclusion, bars a later lawsuit where a prior lawsuit (1) involved the same legal claim or cause of action; (2) reached a final judgment on the merits; and (3) involved the same parties or their privies. Importantly, claim preclusion applies both to legal claims that were actually asserted as well as those that could have been brought. (Note here that issue preclusion is a wholly separate, but often overlapping preclusion doctrine).

In thinking through the problem here, the Federal Circuit first noted that “without a doubt” the final judgment associated with the apparatus patent claims has a res
judiciata effect later assertion of the method claims. However, the court notes two major caveats:

According to the Federal Circuit this second caveat means that res judicata does not apply to acts of infringement that occurred following final judgment in the original case. This result follows from the Federal Circuit’s legal construct that each act of infringement is a separate and distinct tort rather than merely being part of a flow or a temporally extended tort.

The district court had applied claim preclusion and thus was reversed-in-part on that issue.

Issue Preclusion: Where claim preclusion is applied to entire causes of action, issue preclusion is more narrowly focused on issues of fact or law decided in prior cases:

Here, the now-asserted the method claims from the ‘684 patent were, in the original case, dismissed without prejudice and with consent of the parties. Thus those infringement claims “were not fully, fairly, and actually litigated to finality between these parties” and, consequently, ” issue preclusion does not stand as a bar to a second suit on those claims.”

Kessler Doctrine: In a 1907 case, the Supreme Court announced the little-known Kessler doctrine that adds an additional wrinkle to patent litigation preclusion doctrine. See Kessler v. Eldred, 206 U.S. 285 (1907). Eldred’s patent covered an electric lamp lighter. U.S. Patent No. 492,913. Eldred first sued Kessler in Indiana — alleging that Kessler’s electric cigar lighters infringed the patent. The issue as between Eldred and Kessler was fully decided when the Indiana court found no infringement. Issue preclusion would then apply to bar Eldred from re-litigating this issue against Kessler. However, Eldred was not deterred. Rather, the then sued Kirkland in New York for selling a similar lighter and won (on appeal) an infringement holding. Emboldened, Kessler then sued one of Kessler’s customers in New York and Kessler intervened on its customer’s behalf. After considering the issues, the Supreme Court held that, because the infringement issue was already decided in Kessler’s favor, that equity requires that original holding to apply in this subsequent case where Kessler intervened. The Supreme Court expressly refused to speculate what the outcome of the case would have been if Kessler had not intervened.

In sum, the Court granted Kessler a limited trade right to continue producing, using, and selling the electric lighters that were the subject of the first suit and to do so without fear of allegations of infringement by Eldred—even when the acts of infringement occurred post-final judgment and even when it was third-parties who allegedly engaged in those acts of infringement. The Supreme Court concluded that Kessler was entitled to continue the same activity in which it engaged prior to the infringement allegations once it had defeated those contentions in the first suit. The Court did not rely on traditional notions of claim or issue preclusion in crafting this protection for Kessler.

The Federal Circuit applied Kessler in MGA, Inc. v. General Motors Corp., 827 F.2d 729 (Fed. Cir. 1987) in a similar scenario where a manufacturer first won its case and then intervened in a customer lawsuit.

In the current case, we do not have the issue of customer lawsuits. However, the Federal Circuit still found that Kessler applies as something of a broadened issue preclusion doctrine. The court holds that since Elekta’s won final judgment of non-infringement of some claims in the ‘684 patent, those non-infringing products (while in Elekta’s hands) are now immune from all claims of the ‘684 patent. “Elekta’s GammaKnife, GammaPlan, and SurgiPlan products have acquired the status of noninfringing products as to the ‘684 patent.”

The hook for this outcome comes from Kessler‘s statement that “The [trial] court … conclusively decreed the right of Kessler to manufacture and sell his manufactures free from all interference from Eldred by virtue of the [Eldred] patent, and the corresponding duty of Eldred to recognize and yield to that right everywhere and always.” In my view, the Federal Circuit here is likely taking Kessler’s statements out of context since the Supreme Court did not consider the effect of non-asserted patent claims. The oddity of the Federal Circuit’s broad interpretation of Kessler is that the court also expresses reticence about the value of the doctrine altogether. Thought in the end, I would argue that the rule is likely a good one from a policy perspective.

32 thoughts on “Preclusion in Patent Litigation”