The chart below shows the number of utility patents issued each quarter with data through August 2014 (2014 Q3 uses an estimate for September 2014).  You will note that the number of patents issuing continues to rise.

The USPTO issues new patents each week on Tuesdays morning.  Of the top-twenty weeks with the most issued patents on record, all twenty occurred so far in 2014 (with one third of the year still remaining). 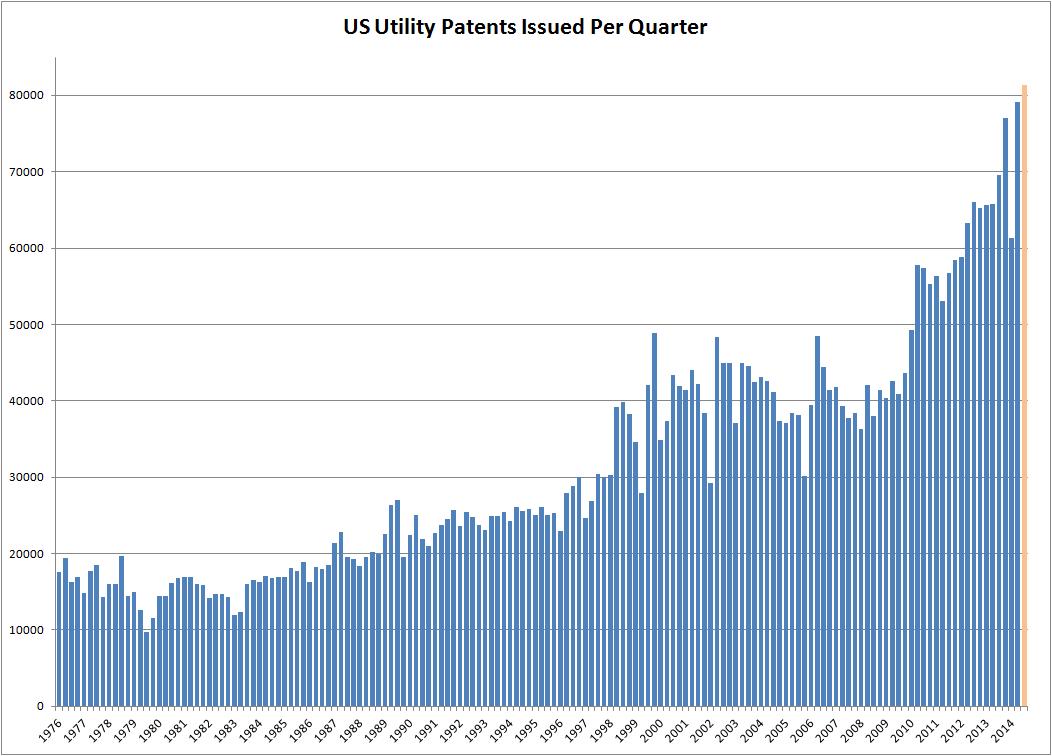