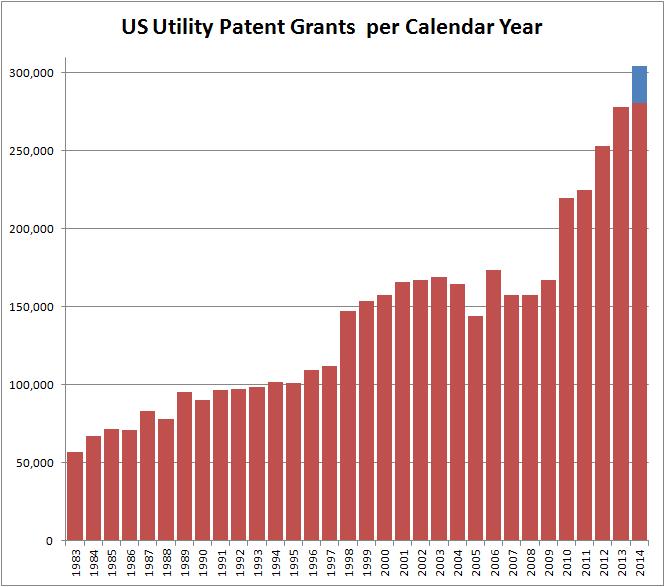 Although December has just begun, the USPTO has already issued more patents in calendar year 2014 than in any other prior year.  I expect that the total will be around 304,000 utility patents issued this year. The number of grants has more than doubled since 2005.

We can expect some further increase in 2015 – especially if Congress grants PTO full spending authority over its collected fees.

[Note – blue bar in 2014 shows the expected number of grants in the remaining four weeks of FY2014.]