The AIA makes important changes to the law of prior-art that will impact which inventions are patentable, although it remains unclear whether the new law makes it more difficult to obtain patent protection because it increases the scope of prior art in some areas but decreases the scope in other areas.

In their filing papers, patent applicants are asked to self-identify whether the application should be considered pre- or post-AIA with the following check-box statement: 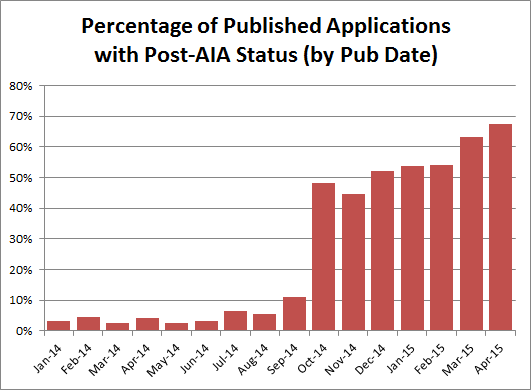 34 thoughts on “AIA Applications Working Through the System”