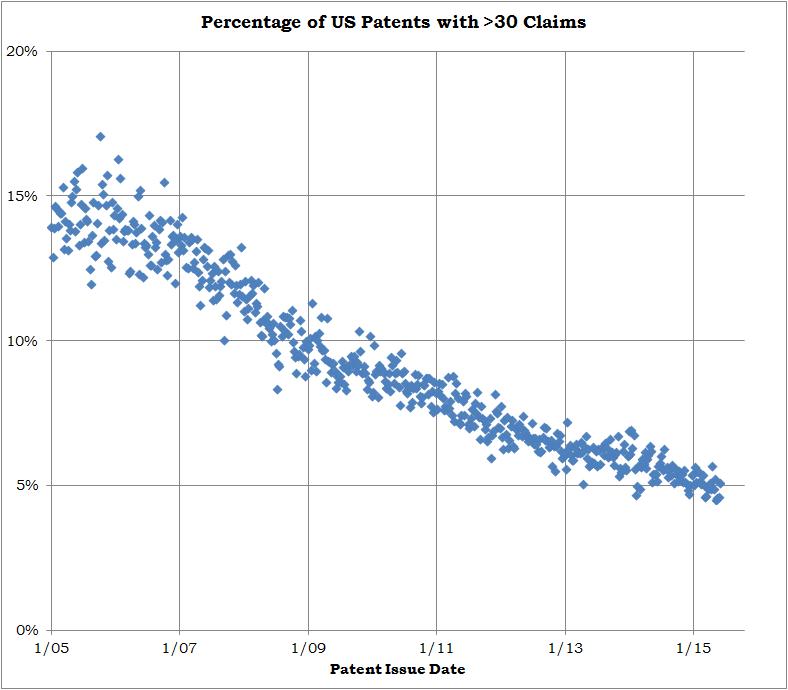 The chart above shows the percentage of U.S. patents that list more than thirty patent claims.  As you can see, the numbers have fallen for the past decade of patent issuances.  (Each dot represents patents issued within a single week.) Patents have become more compact and standardized — perhaps easier to manage both for the patentees and potential infringers.  In an upcoming post, I’ll look at one complicating factor — larger patent families.