According to estimates from LexMachina, the number of U.S. Patent Lawsuits filed in 2016 is set to be significantly lower than any year since enactment of the AIA Non-Joinder Rules.*  While infringement actions are down, the number of patents-in-force is at an all-time high. 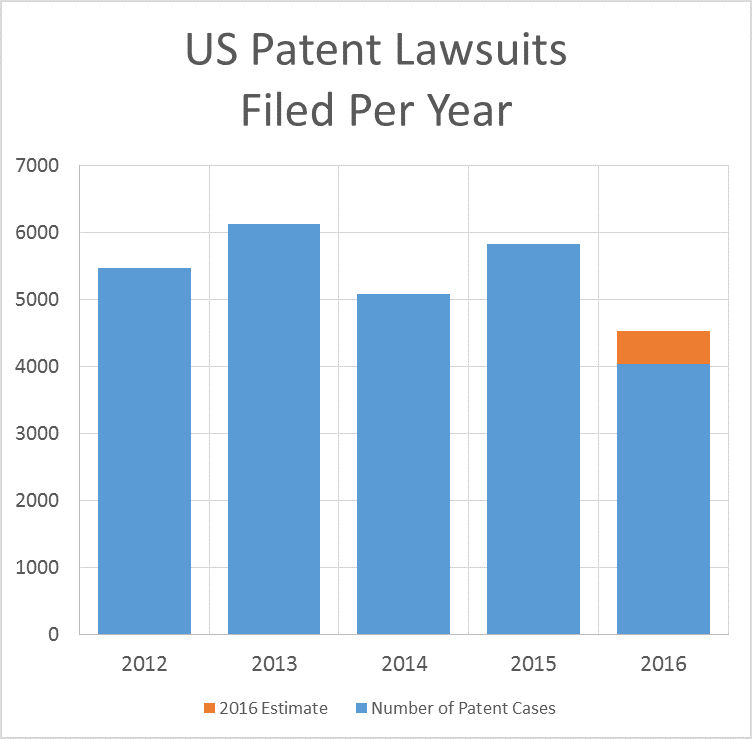 Prior to the America Invents Act of 2011, the courts allowed plaintiffs to join multiple parties as defendants in a single lawsuit – even when the only relationship between the parties was that they all were alleged to infringe the asserted patent.  The AIA blocked those multi-party actions in its non-joinder provision.  The result was that the number of lawsuits filed per year rose post-AIA even though the number of accused infringers actually dropped. This also means that anyone looking at trends in infringement actions needs to carefully analyze the data if their time span extends across the AIA enactment date.