This next chart is helpful for those considering patent application pendency.  As the title suggests, the chart shows the pendency of U.S. Utility Patent Applications grouped by quarterly disposal date.  Here, the pendency begins with an application’s filing date and ends with either a patent being issued or the application being abandoned. 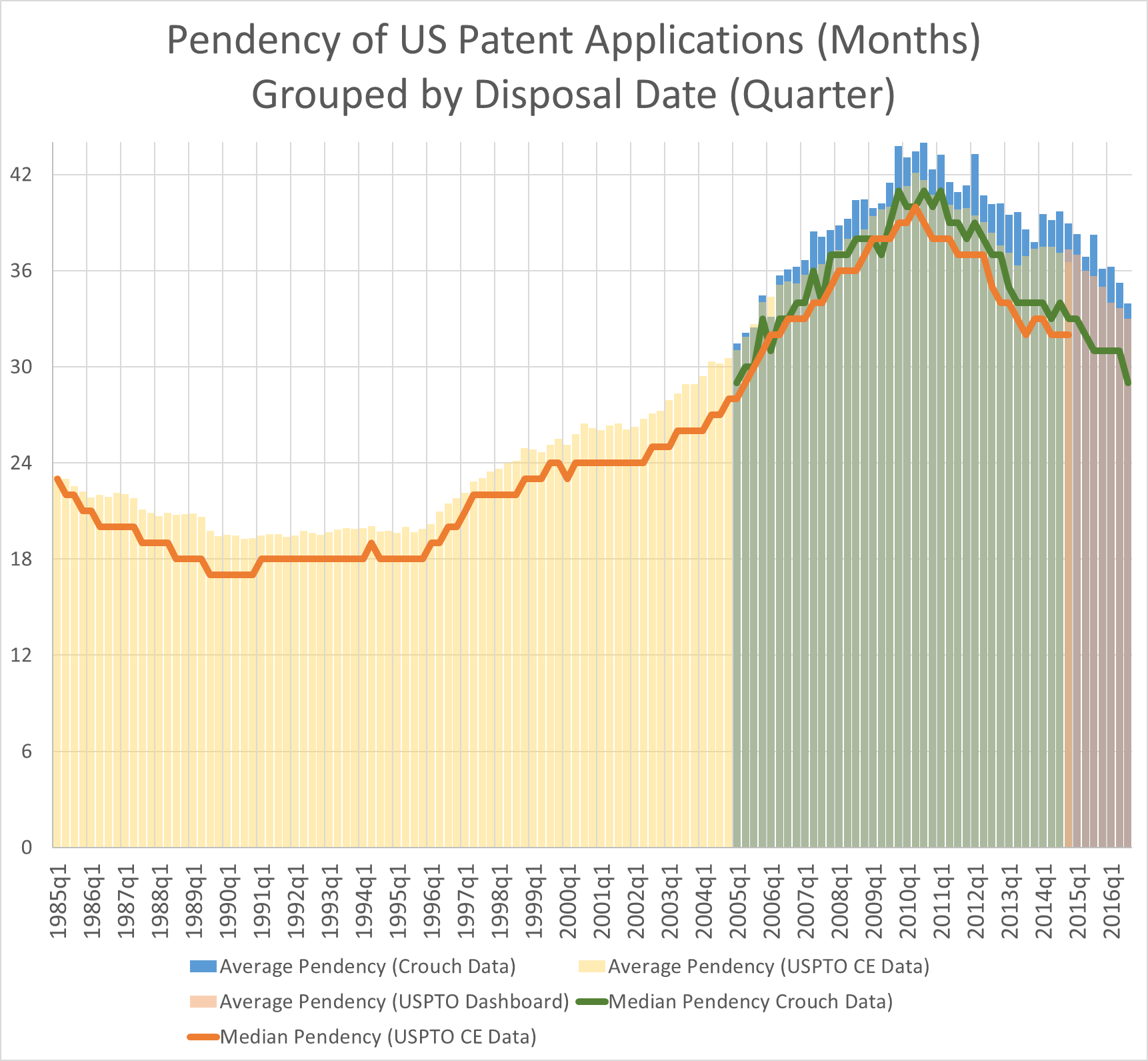 The chart itself actually includes five separate data series: Three displaying average pendency and two displaying median pendency.  Although the average is useful for someone considering a portfolio of applications, the median may offer a more ‘typical’ application.  The series are labelled either “Crouch Data”, “USPTO CE Data”, or USPTO Dashboard.  The USPTO CE Data includes pendency for utility applications filed 1981+ and disposed-of 1985-2014 and the raw data on disposals comes from the USPTO Chief Economist.  Because I wanted to include some post-2014 data, I also obtained a sample of about 30,000 applications published 2001+ and looked at the disposal pendency of those applications.  This is the Crouch Data.  Finally, I also included the past two years of data from the USPTO Dashboard. The averages and medians are reported these data sets except for the Dashboard.  Looking at differences between the data – the primary difference is that the Crouch Data shows a higher pendency.  I believe that this is primarily driven by the fact that a non-trivial number of patents issue prior to an application’s would-be publication date and thus are excluded from my data set.

In general, you’ll note that the average/medians have shifted fairly dramatically over the past three decades — more than doubling from 1996 to 2010 and now falling again in recent years. The USPTO reports the most recent average pendency at 33 months from filing.

29 thoughts on “Pendency of US Patent Applications”