For American readers – As you plan for your business day on November 8, 2016 – Please remember to Vote.

I originally posted the photo below on Patently-O back in 2004 with the following caption:

Here is a picture of my neighbor and Senate hopeful Barack Obama and his daughter casting his vote. 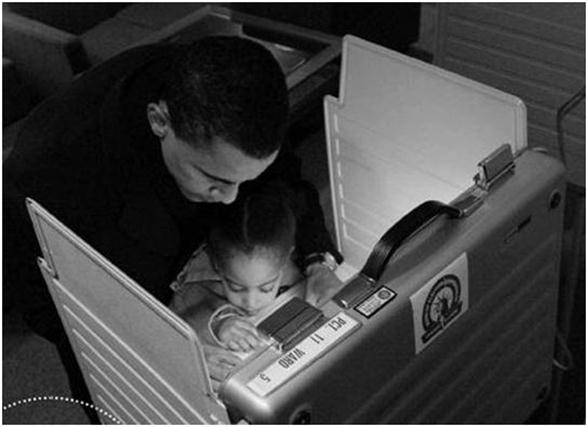