The district court awarded summary judgment to the defendant — finding the asserted claims invalid as indefinite under 35 U.S.C. § 112 ¶ 2.  On appeal, the Federal Circuit has reversed finding that the claim was still reasonably certain even with the claim term “visually negligible.”

Section 112 ¶ 2 (now 112(b)) requires claims that “particularly point[] out and distinctly claim[] the subject matter which the inventor or a joint inventor regards as the invention.”  This statement has been is the source of the “definiteness requirement.”  In Nautilus (2014) the Supreme Court interpreted the requirement as demanding that “a patent’s claims, viewed in light of the specification and prosecution history, inform those skilled in the art about the scope of the invention with reasonable certainty.”  Indefinite claims of an issued patent are invalid and thus unenforceable.  However, the Federal Circuit has repeatedly stated that (and reiterates here) that “Indefiniteness must be proven by clear and convincing evidence.”

Sonix’s U.S. Patent 7,328,845 covers a “visually negligible” graphical indicator and its use to encode information on the surface of an object.  The specification notes that this visually-negligible requirement is the primary benefit of its system over prior art encoding methods such as a barcode.  Figure 12 below shows the difference in the prior art 12(a) and the invention 12(b). 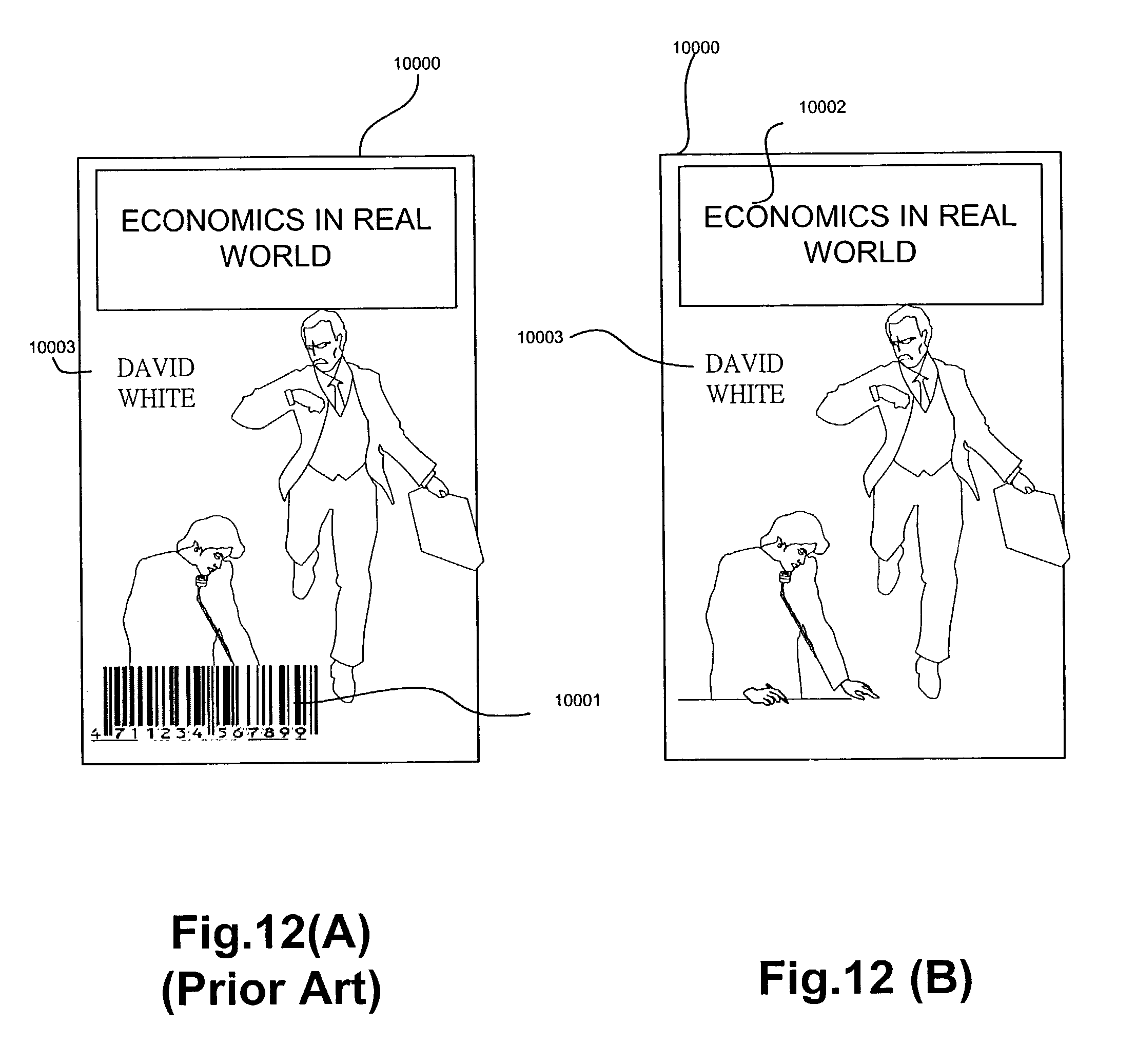 Although ‘visually negligible’ is not quite expressly defined by the specification, a potential definition is found in the invention summary:

Later, the specification also provides details on how to create a visually negligible indicator by using an array of “graphical micro-units” that “can be reduced further such that the combination … of the graphical micro-units is visually negligible or is viewed as a background material by human eyes.”  The specification goes on to explain that best results come from micro-units “so tiny that only a microscope apparatus can detect it”; so small that “human eyes cannot differentiate one graphical indicator from others”; and that when “arranged loosely … the user easily neglects the combination … of graphical micro-units and pays attention to main information.”   The patent also calls-out three factors used to create negligibility: differentiability, brightness, and homogeneity.

With this background in mind, the Federal Circuit found that it could construe “visually negligible” as asking whether “something interferes with a user’s perception” and “involves what can be seen by the normal human eye.”  As such, the court found that the claim term does provide an “objective baseline through which to interpret the claims.”  Unfortunately for those of us looking for clarity in opinion-writing, Judge Lourie failed to indicate where he found the “normal human eye” baseline – since it is found nowhere in the patent documents or even elsewhere in the 19-page opinion.  In any event, the “normal human eye” baseline means that the term is not “purely subjective.”

The court continued – finding that – “an accused infringer could compare the examples and criteria from the written description … to determine whether [any given] indicator is visually negligible.”  In the process, the court distinguishes cases such as Datamize and Interval Licensing.

The presumption of validity also helped the patentee — with the court finding that “Appellees have not provided evidence that human perception varies so significantly that reliance on it as a standard renders the claims indefinite.”

Right result here – however, the court again does a poor job by reiterating its blanket statement that indefiniteness must be proven with clear and convincing evidence.  But, indefiniteness is a question of law and the clear-and-convincing standard is historically directed to factual conclusions made by a court rather than questions of law.

A second problem with this decision as well as the rest of the court’s post-Nautilus jurisprudence is that the opinion fails to describe or define what it means by ‘reasonable certainty.’

Finally, as suggested above, the “normal” human eye baseline created by Judge Lourie was apparently pulled from nowhere.  The proposal was found nowhere in the patent document or the briefing.  However, the court must have felt this term necessary to overcome its prior precedent requiring objective boundaries.

One thing that likely saved the patentee here is that the patentee was not seeking to unduly broaden the scope of this claim term — i.e., the accused infringers products clearly used visually negligible indicator standards.