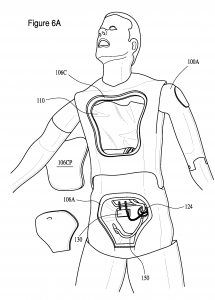 On appeal, the Federal Circuit has vacated the judgment – finding that the district court erred in its claim construction.

First, although the patent requires a pump in fluid connection with a valve, the federal circuit found that “nothing in the claims requires the pump and valve to be physically separated.”

We see no reason why a device that moves fluid cannot contain another device that regulates flow within it. A pump does not cease moving fluid—i.e., being a “pump”—just because an internal valve adjusts fluid flow. … In short, we agree with the district court that a “pump” is not a “valve,” id. at 1108, but nothing in the claims or specification prohibits a valve from residing within a pump.

Of course, none of the embodiments teach a pump with internal valve.  Responding to that argument, the court appeared to look back primarily to pre-Phillips cases:

Looking at the second non-infringement justification, the district court had construed the claim to require a controller be actually connected to both a pump and a valve – based upon the requirement of “a controller connected to said pump and said at least one valve.” ON appeal, the Federal Circuit found it was improper to require an actual physical connection between the controller and the the valve:

[W]e think that the correct construction of “a controller connected to said pump and said at least one valve” is “an activation mechanism configured to control a pump and a valve to which it is directly or indirectly joined, united, or linked.”  . . . It [] incorporates the specification’s envisaged indirect connections. . . .

As far as the district court’s “physical” limitation is concerned, we see no reason to import such a requirement into claim 18. The claimed “controller” is merely “an activation mechanism,” and nothing limits this activation to physical channels. Indeed, the ’852 patent includes several embodiments where a remote controller 160 activates a valve. This activation must occur at least in part through a nonphysical connection. See id., figs.3, 9A, 9C. We therefore hold that it was error to limit the claimed connection to physical connections.

Thus, reasoned the district court, the BPS does not have “direct,” “independent,” and “physical” connections between the controller and the valve such that the valve is “controlled by the controller.” Id. at 1105–06, 1108. The court also ruled as a matter of law that claims 18, 19, and 20 were not infringed under the doctrine of equivalents. Having granted summary judgment of noninfringement, the court dismissed Skedco’s complaint. This appeal followed. We have jurisdiction pursuant to 28 U.S.C. § 1295(a)(1). controller.” Id. at 1105–06, 1108. We hold that it was error for the district court to have included some of these additional limitations into claim 18.

On remand, the district court will be asked to consider infringement under this now broader construction.