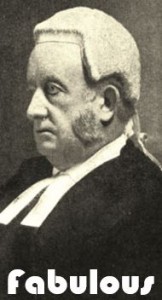 In my view, a potential critical historical question in Oil States is whether the English Privy Council was empowered to revoke patents back in 1791.

If we begin with recognizing that the Statute of Monopolies indicated that patents should be tried by the courts, one explanatory theory for the Privy Council’s power is that English patent rights always included a caveat that permitted patents to be cancelled by the Council as an alternative avenue.   Certainly, the Privy Council was active in these proceedings prior to 1779. 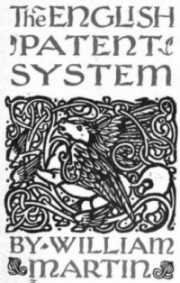 A 1904 treatise titled The English Patent System (by William Martin) states that, although Privy Council had not taken any recent actions, the Patents Law Amendments Acts of 1852 and 1902 each include a proviso allowing granted patents to be revoked by the Privy Council:

Although the Statute of Monopolies declared that patent grants should be tried in the courts of common law “and not at the Council Table,” this power continued to be inserted in patents. Even at the present day the statutory form of the patent, as also that enacted for the first time in 1852, contains a similar proviso against prejudice and inconvenience “to our subjects in general.” This proviso after having lain dormant for centuries has received statutory recognition in the Patents Act of 1902.  By this Act the Privy Council is empowered to revoke a patent in the event of an existing industry or the establishment of a new industry being unfairly prejudiced.

I have not yet personally reviewed these acts to know whether Martin’s statement is correct. (Anyone?).   Oren Bracha in his book Owning Ideas: A History of Anglo-American Intellectual Property (n.35) interprets this passage to say that “revocation clauses authorizing the Privy Council to revoke patents were continued to be inserted in the patent grants up to 1902.” [See THIS POST for an update and correction]

The historical record is thus starting to suggest that, although the Privy Council took no action to cancel patents after 1779, it may have been empowered to do so throughout the 18th and 19th Centuries.  At this point, I don’t have any further take-away conclusions and would be receptive to comments and guidance.