Serial Filings: Important statement here from the Court against allowing a PTAB IPR patent challenger to continue to file additional IPR petitions after the 1-year deadline of 315(b) via the joinder process of 315(c); and also against stacking of PTAB Board to achieve particular results on rehearing.  The court’s statement though is entirely dicta – it actually affirmed the PTAB decision here where these actions occurred.

On appeal in this case is the PTAB’s cancellation of the claims of Nidec’s Patent No. 7,626,349.  The patent covers an HVAC with an improved motor controller that uses sinus-wave powering (rather than square-waves) for reduced noise.

In September 2013, Nidec sued Broad Ocean for infringement and Broad Ocean followed with an IPR petition in July 2014 (within the one-year deadline).  The Board (acting on behalf of the PTO Director) partially instituted the IPR – but denied on the grounds relating to a Japanese Publication since Broad Ocean had attested to the translation accuracy.  In February 2015 (a month after the original petition decision), Broad Ocean filed a second petition – this one including the required affidavit.

The PTAB originally denied the new petition – holding that it was filed after the 1-year statutory deadline following the lawsuit initiation. 35 U.S.C. § 315(b).  That original panel decision was split, with Judges Wood and Boucher in the majority, and Tartal in dissent.  Tartal argued that the late-filing should be allowed to be joined (under § 315(c)) to the original IPR proceeding in a way that avoided the 1-year filing deadline.    Statutes at issue:

315 (b)Patent Owner’s Action.— An inter partes review may not be instituted if the petition requesting the proceeding is filed more than 1 year after the date on which the petitioner … is served with a complaint alleging infringement of the patent. The time limitation set forth in the preceding sentence shall not apply to a request for joinder under subsection (c).

On the rehearing, the PTAB Chief (acting on behalf of the PTO Director) shuffled the Board seemingly to change the result – adding two additional judges – Medley and Arbes – with the result that the dissenting opinion became the majority who offered an interesting explanation of the statute.  Section 315(c) textually appears to focus on joinder of additional people.  However, the text actually allows for “joinder of any person” – and according to the majority that should be interpreted to allow the “same person” to join himself to his prior filing (and in the process bring-along additional claims).

§ 315(c) permits the joinder of any person who properly files a petition under § 311, including a petitioner who is already a party to the earlier instituted [IPR]. We also conclude that § 315(c) encompasses both party joinder and issue joinder, and, as such, permits joinder of issues, including new grounds of unpatentability, presented in the petition that accompanies the request for joinder.

Unfortunately for the appeal, the Federal Circuit determined that it “need not resolve” the joinder issue because the obviousness finding were proper and were based upon the original petition.

Because there is no dispute that Broad Ocean timely filed the First Petition (containing the obviousness ground), the issues on appeal relating only to the Board’s joinder determination as to anticipation ultimately do not affect the outcome of this case 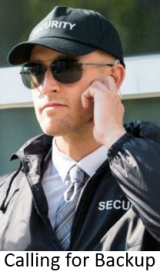 The court opinion affirming obviousness was written per curiam. An important concurring opinion was filed by Judge Dyk and joined by Judge Wallach suggesting that the PTAB’s joinder decision is wrong and that stacking of panels is problematic.  The opinion’s designation as concurring appears to be an implicit recognition that the additional opinion is dicta.

[W]e write separately to express our concerns as to the [PTO] position on joinder and expanded panels since those issues are likely to recur. Although we do not decide the issues here, we have serious questions as to the Board’s (and the Director’s) interpretation of the relevant statutes and current practices. . . .

Second, we are also concerned about the PTO’s practice of expanding administrative panels to decide requests for rehearing in order to “secure and maintain uniformity of the Board’s decisions.” . . .

[Although t]he Director represents that the PTO “is not directing individual judges to decide cases in a certain way”[,] we question whether the practice of expanding panels where the PTO is dissatisfied with a panel’s earlier decision is the appropriate mechanism of achieving the desired uniformity.

Part of the reason why this is all dicta is that the PTO Director’s decision whether or not to initiate proceedings is – by statute – not appealable.

74 thoughts on “PTAB: Serial Filing Past the Deadline and Adding Judges to Achieve a Result”