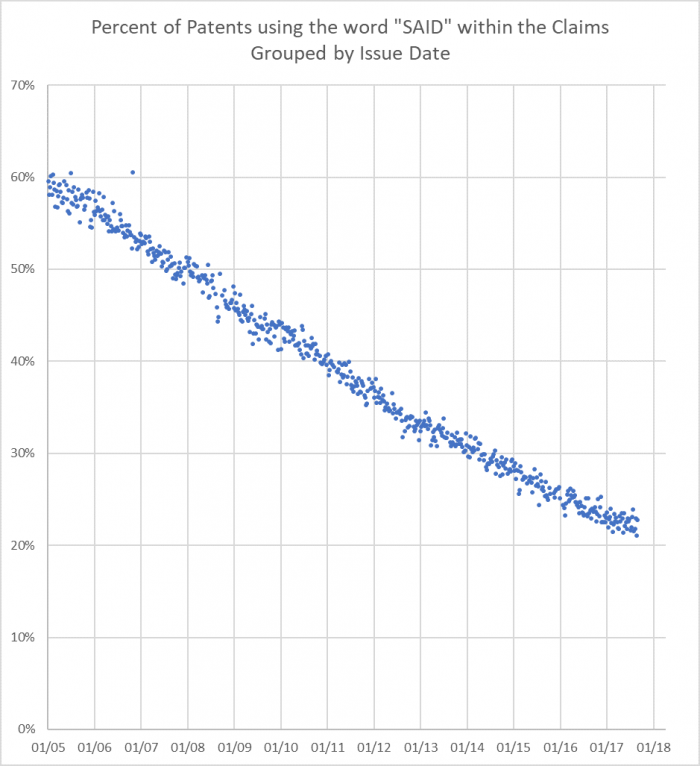 I’m quite happy with the timeline above showing the percentage of US utility patents that include the word “said” within their set of claims.  Each dot represents one week of issued patents.

36 thoughts on “How I describe Said Invention”