The district court sided with the patentee – Prism Tech’s – finding the user-authentication claims eligible under section 101.  Important for the petition here, the district court relied upon substantial expert testimony as well as other documentary evidence in concluding that the claims were enforceable.

On appeal here, however, the Federal Circuit rejected the lower court’s determinations without giving any deference to the underlying factual determinations — instead the appellate court here reviewed all eligibility issues de novo, including subsidiary findings of fact.  Note here, that this is the same approach taken by the Federal Circuit in claim construction prior to being reversed by the Supreme Court in Teva.

An element of the Supreme Court’s Teva decisions stems from R. 52(a)(6) of the Federal Rules of Civil Procedure which appears quite clear:

Findings of fact, whether based on oral or other evidence, must not be set aside unless clearly erroneous, and the reviewing court must give due regard to the trial court’s opportunity to judge the witnesses’ credibility.

Of course, even in Teva, the Supreme Court did not truly follow R.52 — holding there that seemingly factual determinations based upon intrinsic evidence (such as prosecution history statements) rather then extrinsic evidence need not be given deference.

Prism has now petitioned the Supreme Court for review with the following simple question:

Whether a district court’s factual findings in support of its holding that claims are directed to patent eligible subject matter may be reviewed de novo, as the Federal Circuit requires (and as the panel did in this case), or only for clear error, as Rule 52(a) and corollary Supreme Court precedent require.

The petition also tells the interesting story regarding Prism’s parallel $30 million jury verdict against Sprint. Sprint did not challenge the patents on eligibility grounds and ended up losing in a decision confirmed on appeal by the Federal Circuit.  However,  after the Federal Circuit decided the T-Mobile case, the district court flipped its decision ruling on a post-appeal motion that Sprint should be granted relief from judgment under Fed. R. Civ. P. 60(b).  According to the petition, a major problem with that decision is that the court applied it (without independent analysis) to prevent enforcement of claims not-at-issue in the T-Mobile case. 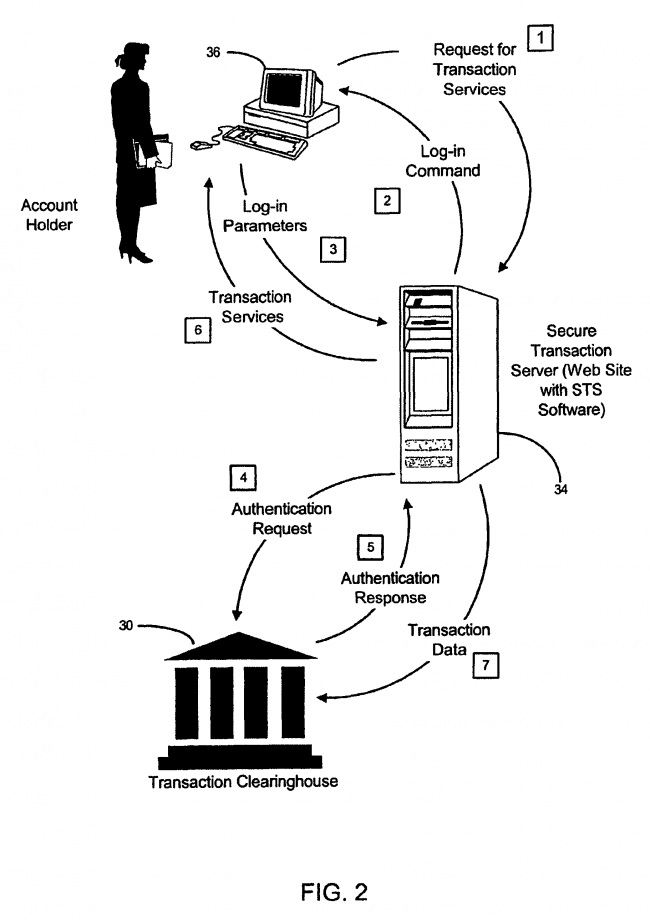 The major problem with Prism’s case is the patents themselves and the high level of generality used by the claims.   Asserted claim 1 of U.S. Patent No. 8,127,345 is a method for controlling access to protected resources over an IP network.  The network setup includes an authentication server; an access server; and a client computer.  The method then has several steps:

The Federal Circuit found that these steps “are directed to the abstract idea of ‘providing restricted access to resources,'” and that the claim does not include any further concrete innovations that would transform it to a patent eligible claim.  On that ultimate question, I don’t see the Supreme Court ruling any differently.

Claim 1 is reproduced below.

1. A method for controlling access, by at least one authentication server, to protected computer resources provided via an Internet Protocol network, the method comprising: