The new Supreme Court petition for writ of certiorari asks the following questions:

In Alice Corp. Pty. Ltd. v. CLS Bank Int’l, 134 S. Ct. 2347 (2014), the Court set forth a two-step test for determining whether computer-implemented inventions claim patentable subject matter under 35 U.S.C. § 101. First, a court must determine whether the claims at issue are “directed to” an abstract idea. Second, if the claims are “directed to” an abstract idea, the court must then determine whether the claims recite inventive concepts — elements which ensure that the patent amounts to significantly more than a patent upon the abstract idea itself.

1. Whether computer-implemented inventions that provide specific improvements to existing technological processes for encoding or decoding data are patent-eligible under the first step of the Alice test, even if those inventions involve or make use of abstract ideas.

2. Whether the use of new mathematical algorithms to improve existing technological processes by reducing bandwidth and memory usage can constitute “inventive concepts” under the second step of the Alice test.

The patent at issue here is U.S. Patent No. 8,005,303 that is generally directed toward a mechanism for creating a composite image.  In the brief, the patentee explains that the method allows the use of “composite facial image codes” to represent a face.

Claim 1. A method for creating a composite image, comprising:

After reading through this claim, I’ll give this petition approximately 0% of winning. 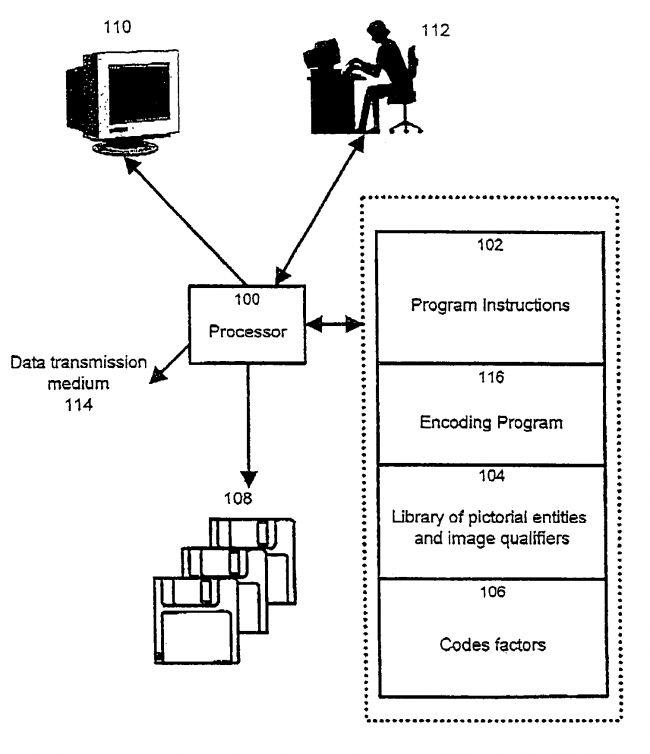 97 thoughts on “Challenging Alice at the Supreme Court?”