Over the past several decades, the US has been at the forefront of a global campaign to raise the levels of intellectual property protections.  Intellectual property protections is now a key aspect of any bilateral or multilateral trade agreement. The focus has been primarily on Patents, Copyrights, Design Rights and Trademarks. Trade secrets do, however, come into play as well. TRIPS, for instance, includes a requirement that member nations prot 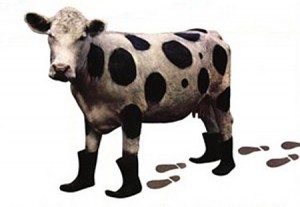 ect trade secrets as well, although not at the level of “property rights.”

In the US, the Defend Trade Secrets Act of 2016 created a Federal cause of action for Trade Secret misappropriation.  An unstated goal of the new law was to place US trade negotiators in a strong position when encouraging other countries to ramp-up their trade secrecy regimes as well.

Although many trade secret claims are business-to-business disputes, most of them stem have – at their heart – a former employee who left to form/join a competitor. And, unlike patent rights, trade secret rights are more directly owned by the employer rather than inventor or creator of the valuable information. This business-worker-competition difficulty is at the core of many policy arguments over trade secret protections.

Some of the potential changes that may be argued for: Many countries do not treat trade secrets as a “property” right but instead simply as a portion of unfair competition law; Many countries have no criminal laws (or only low penalties) against trade secret misappropriation; TRIPS allows for local consideration as to what constitutes “honest commercial practices” and thus allow for a lack of global uniformity in the definitions; Some countries have substantial state-sponsored industrial espionage operations that result in substantial misappropriation; Many countries have a lack of civil court infrastructure to allow for effective enforcement of trade secret rights.

It is unclear the extent that USTR will push for rights to keep trade-secrets from the governments.  On that note, the new NYTimes article is on point: China’s Technology Ambitions Could Upset the Global Trade Order.

TRIPS Article 39.2 Natural and legal persons shall have the possibility of preventing information lawfully within their control from being disclosed to, acquired by, or used by others without their consent in a manner contrary to honest commercial practices so long as such information:

(a) is secret in the sense that it is not, as a body or in the precise configuration and assembly of its components, generally known among or readily accessible to persons within the circles that normally deal with the kind of information in question;

(b) has commercial value because it is secret; and

(c) has been subject to reasonable steps under the circumstances, by the person lawfully in control of the information, to keep it secret.

2 thoughts on “Next Step: Pushing for Global Increases and Uniformity in Trade Secret Protections”