The recent non-precedential opinion of Automated Tracking Solutions v. Coca Cola provides something of a backstop to AATRIX and Berkheimer.   The ATS panel includes Judges Moore and Stoll – the two leading judges pushing for more formality in considering factual conclusions underlying an eligibility decision.  In ATS, however, the panel affirmed a district court judgment on the pleadings that the asserted patent lacks eligibility.  The panel restated its prior conclusions that “patent eligibility under § 101 is a question of law that may contain underlying issues of fact.” However, in this case the court found no material facts in dispute. 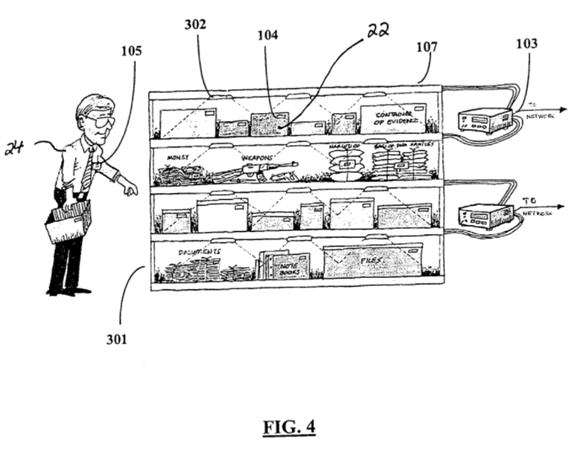 1. A system for locating, identifying and/or tracking of an object, the system comprising:

a first transponder associated with the object;

an antenna in communication with the reader and having a first coverage area;

a storage device that is configured to store the detection information.

In reviewing this claim, the District Court followed the Alice/Mayo two step framework asking first, whether the claim is directed toward an ineligible abstract idea and if so, whether the claim also includes an inventive step that goes beyond the ineligible aspects to transform the whole into an eligible invention. On appeal here, the Federal Circuit has affirmed. The results:

Step 1: The claim is directed to the process of collecting data, analyzing the data, and determining results based upon the analysis.  As stated, that process is an abstract idea.

Step 2: Recognizing that RFID technology was known at the time, the claim adds no inventive step beyond the abstract idea.

The patentee attempted to establish a disputed factual question – whether the RFID technology as used in the claims was “routine and conventional” at the time.  In Berkheimer, the Federal Circuit determined that issue to be a question of fact.  Here, however, the patentee had failed to make plausible factual allegations in its complaint sufficient to create a dispute here.  “The complaint alleges nothing to support ATS’s contention that RFID was a developing technology Nor does the complaint allege that any o the hardware components in the representative claims–either alone or in combination as a system–are anything but well understood, routine, and conventional.”  Rather, the specification of the patent states that RFID systems are known and can be quite simple.

As an aside, I’ll ask why this case was released as non-precedential while the two parallel 101 cases mentioned above were deemed precedential. Professors Lemley and Gugliuzza (BU) have accused the court (members of the court) of attempting to shift the rule by hiding precedent. Can a Court Change the Law by Saying Nothing?

And, you have to love the drawings in the patents. You’ll notice the typical corporate shelf in figure 4 above that includes typical documents and files along with weapons, money, and narcotics. 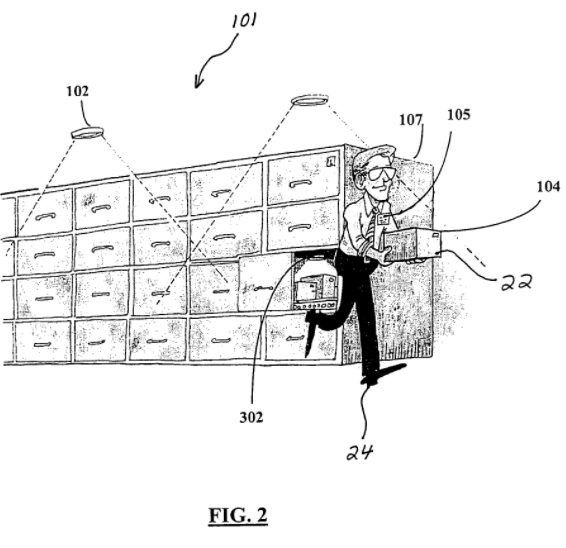