Three months into FY2018, the USPTO has released some budget numbers – noting that spending is currently outpacing revenue. However, the Office has an optimistic outlook and is planning for revenue to catch-up (and spending to slow down). 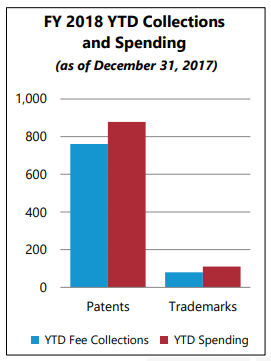 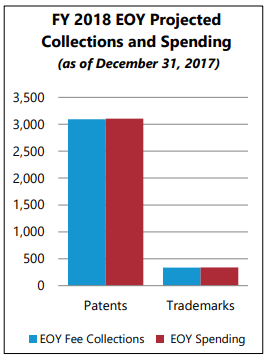 Several USPTO fees were modified in January 2018. I’ll note here that the America Invents Act (AIA) of 2011 substantially expanded the USPTO’s fee setting authority. However, that authority is set to sunset in September of this year (2018).

31 thoughts on “USPTO Fees and Revenue”