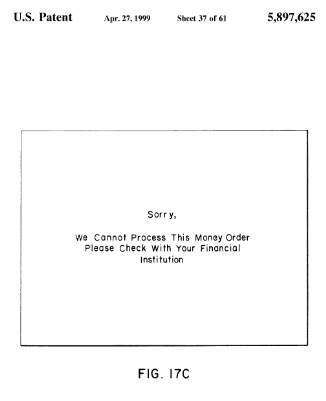 In Nautilus, Inc. v. Biosig Instruments, Inc., the Supreme Court articulated the standard for indefiniteness under 35 U.S.C. § 112: “[A] patent is invalid for indefiniteness if its claims, read in light of the specification delineating the patent, and the prosecution history, fail to inform, with reasonable certainty, those skilled in the art about the scope of the invention.”[1] Since then, courts have had nearly four years to apply this new standard.

I have previously argued that the reasonable-certainty standard might be understood as imposing two separate requirements: linguistic and physical definiteness.[2] Under my proposed framework, a claim is linguistically indefinite if it is open to multiple constructions but one construction is not clearly correct. Additionally, a claim is physically indefinite if it uses a comparative term or involves an ambiguous spatial relationship but is not limited to a narrow range. In this view, a claim that is either linguistically or physically indefinite fails to meet Nautilus’s reasonable-certainty standard.

Capital Security holds four patents that are directed to an automated document cashing machine.[4] Three of those patents are continuation patents that share the parent patent’s specification and priority date.

The independent claims in the continuation patents contain the phrase “ascertains an apparent signature” or a highly similar variation.[5] For example, a representative claim includes the following limitation: “the processor reviews images from a legal amount recognition (LAR) line and a courtesy amount recognition (CAR) line and ascertains an apparent signature from the document image in order to validate the document.”[6]

On NCR’s motion for summary judgment, the district court held that “ascertains an apparent signature” and “transactional operator” were both indefinite.[8] The court credited NCR’s expert, who offered four possible meanings for “apparent signature.”[9] NCR’s expert also offered three possible meanings for “transactional operator.”[10] In both cases, he testified that a skilled artisan would not have been able to decide amongst the possible options. The district court agreed and found the claims invalid.

In its decision on appeal, the Federal Circuit reversed the district court’s holding that “ascertains an apparent signature” was indefinite. The court reasoned that “a skilled artisan would understand the claimed ascertaining step to correspond to determining the presence of a signature on the signature line of a check.”[11] It found that the claim had been written to encompass all four of the options that NCR’s expert presented. The court rejected NCR’s argument that the term was indefinite because it was not tied to an “objective standard of measure.”[12] It also pointed out that Capital Security had not “muddle[d] the scope” of the term during prosecution.[13]

For both “ascertains an apparent signature” and “transactional operator,” NCR presented arguments grounded in linguistic indefiniteness. For each term, it asserted that there were multiple possible constructions but that no construction was clearly correct. That strategy makes sense. After all, the Federal Circuit had previously held claim terms with three or four possible meanings indefinite.[16]

For “ascertains an apparent signature,” the court essentially found that NCR’s expert presented a false choice among four constructions when the claim was drafted to encompass all four options. With one slightly broader construction that was clearly correct, any potential linguistic indefiniteness problem disappeared.

But for “transactional operator,” there was a legitimate linguistic indefiniteness problem. The court could not identify which components counted. For example, the “transactional operator” could have been the microcomputer and keyboard; the microcomputer and display; the keyboard and display; or the microcomputer, display, and keyboard. Even if some of these combinations were likelier than others, a skilled artisan would not have known which construction was correct. Therefore, the term suffered from linguistic definiteness.

As I have said before, my proposed framework of linguistic and physical definiteness might not work for every conceivable case.[17] But it seems to work for Capital Security Systems v. NCR, and it may be a helpful starting point for understanding the reasonable-certainty standard in the wake of Nautilus.

[9] According to NCR’s expert, the four possible meanings were as follows: “(1) determining if anything in the way of a mark was present in the signature field, useful or otherwise; (2) distinguishing a mark resembling legible text from a mark never intended to be a signature, such as a scratch or smudge mark; (3) determining if the scanned image field corresponds to a handwritten cursive signature versus an otherwise legitimate block letter printed name; or (4) determining if the signature is forged.” Id. (quoting Capital Security I, 263 F. Supp. 3d at 1373).

[10] Again, according to NCR’s expert, the options for this term were “(1) a user interface allowing user selections; (2) an internal computer component like software executing an algorithm; or (3) a computer component that performs” a certain task. Id. at *4.

29 thoughts on “Examples of Linguistic (In)definiteness”