In its new petition for certiorari, Alexsam argues that its breach-of-contract case should have never been removed to Federal Court. The petition relies heavily on Gunn v. Minton, 568 U.S. 251 (2013) and raises important issues of when licensing disputes issues should be heard in Federal Court.  [AlexsamPetition] 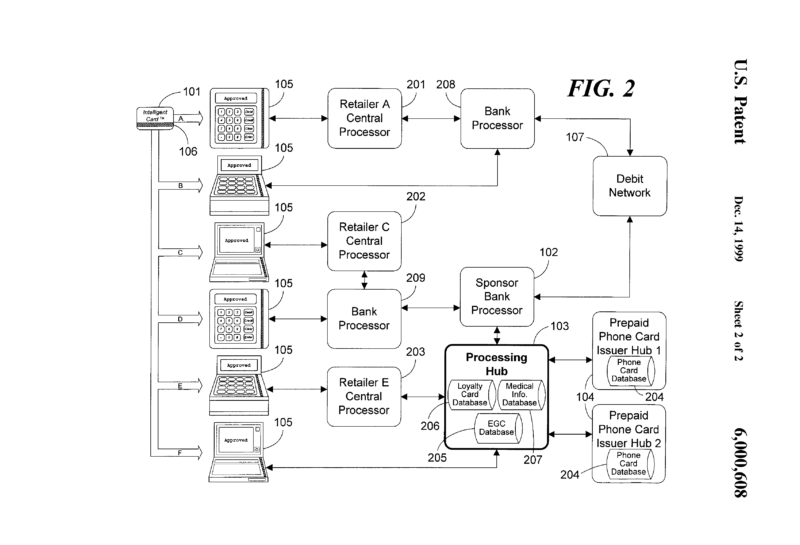 The State/Federal Balance: In Gunn, the Supreme Court held that a patent-attorney malpractice case did not “arise under” the patent laws.  Even though the case required consideration of patent law issues, those issues were not deemed “substantial” enough to “disturb[ the] congressionally approved balance of federal and state judicial responsibilities.” Grable & Sons Metal Products, Inc., 545 U.S. 308 (2005).

Disturbing the Balance: While Gunn narrowed the scope of federal jurisdiction, the “congressionally approved balance” is expansive enough to permit removal of state cases to federal court whenever “any party” raises a claim (including counterclaims) relating to patents or copyrights.  In addition, the law particularly preempts state court jurisdiction over “any claim for relief” arising under the patent laws. [NOTE: This Section was Updated to Eliminate an Error]

Back in 2004, Alexsam sued WildCard for infringing two of its payment systems patents. (U.S. Patent Nos. 6,000,608 and 6,189,787).  The parties settled the lawsuit in 2005 and entered into a “settlement and license agreement.” The agreement indicated it would end if “the claims of the Licensed Patents are held invalid or unenforceable by a court of competent jurisdiction. . . ”  Zoom up to 2015 – Alexsam sued WildCard (and its owners) in Florida state court for breach of the agreement and asking for the royalties owed under the contract.  Respondents filed a counterclaim of invalidity and unenforceability then removed the case to Federal Court (S.D.Fla.).  The Federal Court then heard the case and sided with WildCard – finding no breach of contract (holding it had been terminated in 2009) and then dismissed the patent claims as barred by preclusion (and as an alternative holding, that the claims no longer had an independent basis for existence).

Note here – this setup is odd and seemingly improper: The Federal Court agreed to hear the state-law contract claims because they were supplemental to the patent claims, but then turned around and found that there was no independent basis for the patent claims to be brought. In its briefing before the Federal Circuit, WildCard explained this result in its Federal Circuit briefing: “Whether or not a claim is barred by res judicata has nothing to do with whether it arises under federal law, and thus has no bearing on the trial court’s subject-matter jurisdiction.”  See Smalls v. U.S., 471 F.3d 186 (D.C. Cir. 2006) (“the defense of res judicata, or claim preclusion, while having a “somewhat jurisdictional character,” does not affect the subject matter jurisdiction of the district court.”)  I would suggest a counterclaim must still state a plausible claim — and one barred by res judicata is not plausible and should have been dismissed from the get-go.

Alexsam appealed to the 11th Circuit Court of Appeals. However, that court transferred its case to the Federal Circuit who affirmed without opinion (R.36).  Note here that the Federal Circuit only has appellate jurisdiction over district court patent cases where either (1) the civil action (i.e., well pled complaint) or (2) a compulsory counterclaim arises under the patent laws.

There is a clear dispute here as to whether the counterclaim filed here was “compulsory” — if not then the 11th Circuit was the proper court to hear the appeal.

Bringing these issues together, Alexsam has asked two questions in its petition for writ of certiorari:

Interesting and very important case that raises the basic question of whether the AIA amendments were designed to open-the-door to patent license disputes that would otherwise be determined by state law.