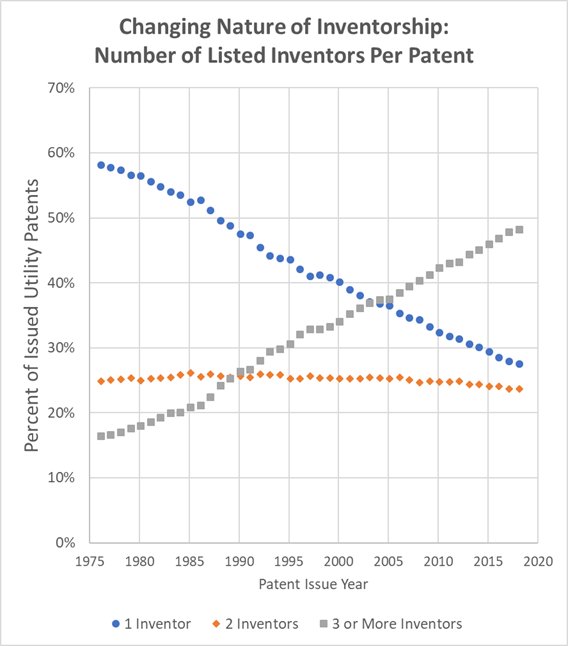 The chart above is an update on one that I have published in the and shows a continuation of the longstanding trend toward larger teams. Back in the 1970s and 1980s, most patents listed only a single inventor. Since then, the percentage of one-inventor patents has steadily dropped while larger teams (3+ inventors) have flourished.

50 thoughts on “PHOSITA: Not a Person – People Having Ordinary Skill in the Art”